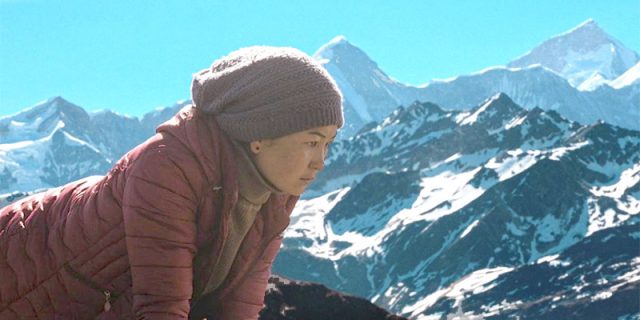 (January 2, 2023 – Toronto, ON) The award-winning documentary Far Beyond the Pasturelands, begins a run at the Hot Docs Ted Rogers Cinema today. It had its World Premiere at the Montreal International Documentary Festival in 2021, where it won the New Visions Award. It also screened at the DOXA Documentary Film Festival (Vancouver) and Planet in Focus (Toronto), as well as other festivals in Jerusalem, France, Austria and Nepal. It opened in theatres in Quebec and London (UK) in December, and will be opening at the VIFF Centre in Vancouver on January 6. 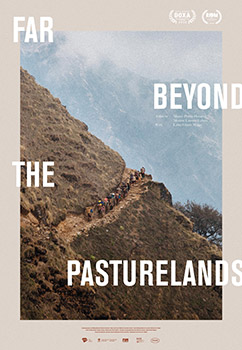 Produced and Directed by Maude Plante-Husaruk and Maxime Lacoste-Lebuis, the 84-minute documentary is their first feature documentary. It is set in a remote Himalayan region, where the villagers of Maikot are preparing for the harvest of a mysterious aphrodisiac caterpillar-mushroom worth more than gold.

Lalita, a 22-year-old young mother, had to let go of her dreams after getting married because of the social pressures of her community. As the whole village departs to the mountains, she joins the journey to the high-altitude pasturelands in the hope of providing a better life for her family through the hazardous harvest of the rare mushroom. With stunning mountainous landscapes as a backdrop, the film presents an intimate and humane portrait of characters that put everything on the line for a chance to ascend to greener pastures. Will the harvest be good this year?

Far Beyond the Pasturelands, from F3M (Les films du 3 Mars) was produced thanks to the financial participation of the Conseil des arts et lettres du Québec and the Canada Council for the Arts, with the support of the ACIC – Independent Filmmaker Assistance Program of the NFB’s French Program, and PRIM.