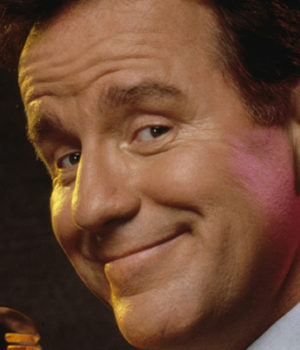 Affectionately known as ‘The Man of A Thousand Voices,’ Phil Hartman was responsible for 75 different Saturday Night Live characters and 25 unique Simpsons voices. The role remained uncast until Levine got a call from Simpsons’ Troy McClure – or at least, his clone. It was actor Daran Norris on the other line. Norris prepared two audition tapes which were based on actual Phil Hartman performances.

“Norris’ similarity to Hartman is uncanny – the auditions were so similar to Phil Hartman’s original performances it gave me chills,” said Levine. “Plus, the way Norris fought for the role took real chutzpah – just like Phil would have done.”

The screenplay is penned by Jonas Chernick (My Awkward Sexual Adventure), and will be directed by Jason Priestley, both award-winning actors like Phil was. “I wanted people behind the camera that can relate to the unique pressure that comes in front of the camera,” said Levine.

Priestley met Hartman when he hosted SNL in 1995. “Knowing I was a Canadian like him, Phil treated me differently. He was a hero of mine. Still is. I’m excited to tell his story,” said Priestley.

Levine secured the life rights from the late comedian’s estate in 2013, a feat in itself. It took years to convince the Estate of Phil Hartman that he would honour Phil’s story properly. A portion of the proceeds will be allocated to Phil and Brynn Hartman’s children, Birgen and Sean.


The development of Nice Guy Phil, which will be shot in both Canada and the U.S., with production is slated for Summer 2016, has been supported by Telefilm and The Cogeco Fund and will be produced by Levine’s company, Carousel Pictures.

The Making of The Other Half