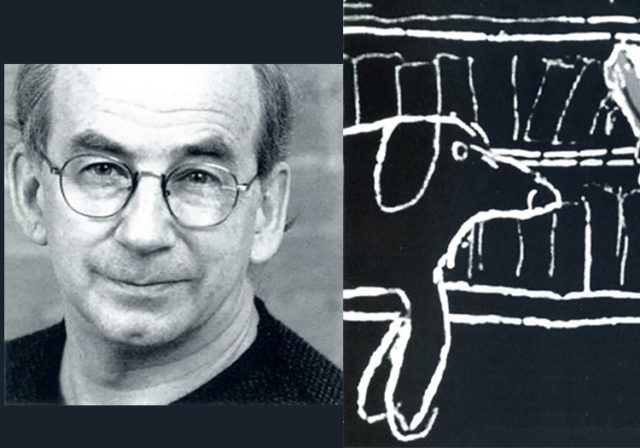 Pierre Hébert: A Look Back
By Staff

(August 24, 2018 – Toronto, ON) This is the fifth instalment in our Looking Back series, which is part of our celebrations of our 20th year online, which arrives in February of next year. This initiative was created to republish past articles we think deserve a second look, as well as to draw your attention to older articles from our Take One archives, some of which are being published on Northernstars for the first time.

Last week we published an interview with animator Ann Marie Fleming that first appeared in Take One in December of 2001. This week we present an article from the Summer Animation issue of Take One in July of 2001.

Today’s article is about Montreal-born filmmaker, performer, visual artist and writer, Pierre Hébert, who is known for his animated productions beginning in the early 1960s. Hébert has been recognized by key international venues – including a 1997 retrospective at the prestigious Festival international du film d’animation in Annecy, France.

As this 2001 article states, Hébert remained “little known outside of Quebec, a situation aggravated by the fact that many of his films have never been made available in English–language versions.” Our mission from February of 1999 was to create a knowledge base strictly devoted to Canadians working in the film and television industries and acquiring the digital archives of Take One in 2007 was an important step in that ongoing mission.

We hope you enjoy Pierre Hébert: Animation without Borders.