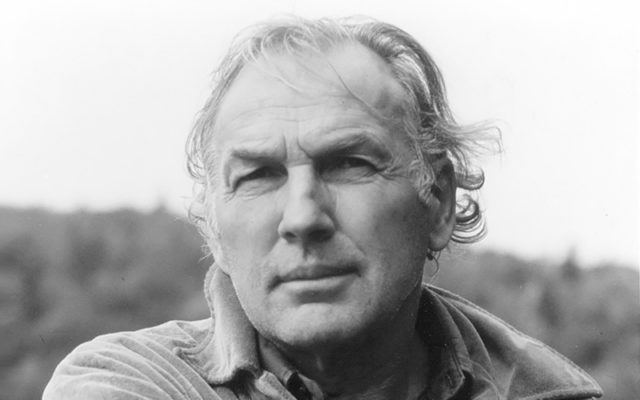 Pierre Perrault – A Look Back
by Staff

(October 2, 2018 – Toronto, ON) This is the 7th in our Look Back series as we look forward to reaching our 20th year of publication in February of next year. When we get there, counting each new day as a new edition of Northernstars, we will have published something in excess of 7300 editions and we appreciate your support with Likes on Facebook and by following us on Twitter.

As we mentioned in our first Look Back in July, one of the highlights of what we have accomplished was the acquisition of the digital archives of Take One – Canadian Film and Television in 2007. It had ceased publication in 2005 after a stellar run as the go-to source for information about Canadian film. We have been carefully mining this resource and republishing articles about Canadian filmmakers.

In his introduction to his article on Perrault’s Île-aux-Coudres Trilogy, Wyndham Wise wrote:  Pierre Perrault was one of the most important filmmakers in Canada although largely unknown outside of Québec. He is credited with developing a unique “cinema of speech” that spoke directly about Québec, its land and its people. His work has had an enormous influence on a generation of younger filmmakers.

With last night’s election in Québec, where a vibrant and essential part of our country turned away from their traditional political choices of the Liberal Party or the Parti Québecois, we thought it appropriate to publish here for the first time an article that appeared in Take One in its Winter 2000 edition.