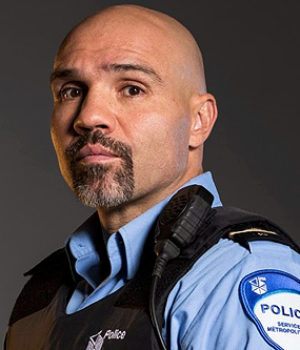 Born in Madrid, Spain, to nuclear physicist parents, Conrad Pla came to Canada with his family in 1969 when he was a three. He is a former mixed martial arts champion and professional kickboxer who turned to acting following a career ending injury in 1998. He studied with American actor and teacher Danielle Schneider for one year and took Ivana Chubbuck Studio workshops in Los Angeles.

His first television role came in 2001, and he’s probably best known for the part of Carlos Serrango, a gay geneticist and medical physician in 51 episodes of the series ReGenesis (2004-08). Other television character parts include appearances in Relic Hunter, Street Time, Odyssey V, Sue Thomas: F.B.Eye, Mutant X, This Is Wonderland, Kevin Hill, 15 episodes of The Line, Flashpoint, The Border, Republic of Doyle and Sudz Sutherland’s mini-series, Guns. More recently, Conrad Pla has played the role of Sergeant Julien Houle (pictured above) since 2014 on the cop series 19-2.

He has appeared in features such as The Wool Cap, Wicked Minds and Wall of Secrets (all made for television), The Sum of All Fears, Confessions of a Dangerous Mind, Jericho Mansions, The Terminal, 16 Blocks, Max Payne and Casino Jack. He was the lead in the 2004 Canadian indie vampire-horror 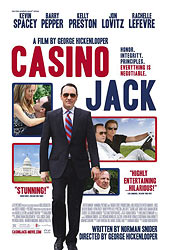 film, Eternal, and in 2009 he wrote, directed and starred in Burning Mussolini, a comedy-heist film in which he played opposite his friend, and ReGenesis co-star, Peter Outerbridge. Filmed in Montreal in 2012, Conrad Pla also appeared in The Cronicles of Riddick: Dead Men Stalking, the fourth film in the Riddick saga starring Vin Diesel.