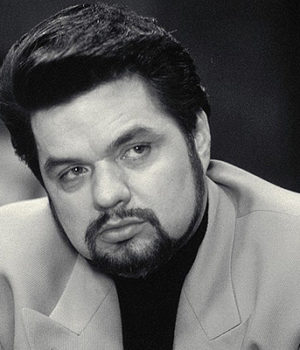 It could be said that Oliver Platt’s success in life was determined for him before he was born. As a talented character actor and a sought after addition to many ensemble casts, he has shared the silver screen with a number of the Hollywood elite. And no wonder, if you look at the Platt family tree, you will find a member of the British Royal Family and a member of Hollywood Film Royalty. Oliver Platt is a distant relative of famed director and actor Orson Welles, and a second cousin once removed to the late Diana, Princess of Wales.

Oliver Platt was born on January 12 1960 in Windsor, Ontario. Because his father, Nicholas, was a career diplomat, his son spent most of his childhood growing up around the world, particularly Washington DC, Asia and the Middle East. As a teenager he went through a growth spurt stopping at a height of 6’ 3″, with a stocky stature and chubby features. This prompted comparisons to his distant relation, Orson Welles.

Platt attended Tufts University in Boston, majoring in theatre and drama. After graduating in 1983, he pursued an acting career in the Boston theatre scene, working with noted drama instructor Kristine Linklater in Shakespeare & Co., before relocating to New York City. There he joined the Manhattan Punch Line Theatre Group and appeared in various Off-Broadway productions. He made the transition onto the small screen on an episode of the series The Equalizer in 1987. His big break came when actor Bill Murray noticed him onstage one night, and told director Jonathan Demme (Silence of the Lambs, Philadelphia) about him.

Demme cast Platt as Matthew Modine’s wisecracking partner in Married to the Mob (1988) and just like that, he became a sought-after character actor. He next appeared in Mike Nichol`s Working Girl (1988), as Melanie Griffith`s sexist boss. He continued to perform onstage in plays such as Urban Blight and Ubu, but he found that his film and television work were increasingly requiring most of his time.

In 1989 he played a small part in the film Crusoe, which starred Aidan Quinn, and appeared on an episode of Miami Vice (1989), but it was in 1990, that Platt landed his first co-starring role. It was in Joel Schumacher’s Flatliners (1990), and he shared the screen with William Baldwin, Kevin Bacon, Julia Roberts and fellow Canadian Kiefer Sutherland. That same year he was tapped by director Mike Nichols to appear in Postcards from the Edge, which was nominated for three Golden Globes and two Academy Awards, among others.

Platt continued to choose his roles and films with care, appearing in the comedy Beethoven (1992) and the sports drama Diggstown (1992). He stole most of his scenes in The Temp (1993), Indecent Proposal (1993), and was only out-performed by Johnny Depp in Benny & Joon, the 1993 film directed by Jeremiah Chechik. He went on to make a strong impression in Disney`s Three Musketeers (1993) as the playful, funny Porthos and appeared as the mythical Paul Bunyon in Tall Tale (1995).

Platt also appeared in his first starring role when he was cast to play Tommy Fawkes in the 1995 feature Funny Bones, along with funny men Jerry Lewis and Lee Evans, and British character actors Richard Griffiths, Oliver Reed and Ian McNeice. His role as an aspiring stand-up comedian proved essentially unsympathetic, and so his co-stars walked away with most of the praise.

Platt next starred in a made-for-television movie, The Infiltrator (1995), playing a freelance journalist who travels to modern-day Germany to research an article on neo-nazism.

The following year was partially absorbed by his debut as a producer. Big Night (1996) is a clever comedy about food and love, which was co-directed by actors Stanley Tucci and Campbell Scott. But with his next few films, Platt returned to his comfort zone, as a 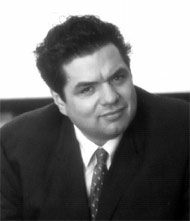 He followed up the commercial success of A Time to Kill with a role as a foppish villain in the historical melodrama A Dangerous Beauty (1998).

That same year, 1998, also brought the political satire Bulworth (1998), the Stanley Tucci ensemble period comedy The Imposters, and in the Eddie Murphy vehicle Dr. Doolittle. Platt got to play one of the few human actors. He also showed up in Simon Birch, which was loosely based on John Irving`s A Prayer for Owen Meany.

A number of lacklustre films followed, with Platt playing an eccentric millionaire in Lake Placid (1999), a gay architect in Three to Tango (1999), a futuristic tinker in 1999`s 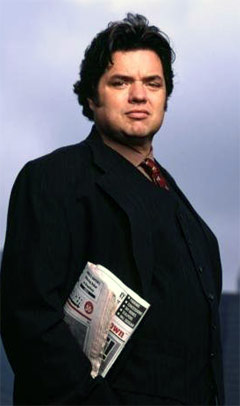 Bicentennial Man, a defeated pro-wrestler in Ready to Rumble (2000), a hot–headed Mafia hit man Gun Shy (2000), and finally a shady doctor in the feature, Don’t Say a Word.

In 2001 he also provided a voice over for a video game called SSX Tricky and appeared as the Fairy Godperson, in CinderElmo, which is the Sesame Street retelling of the classic fairy tale Cinderella.

In the fall of 2000, Oliver Platt received a break in his career when he was cast in the starring role of the NBC series, Deadline, about a tabloid journalist who teams with students to solve crimes. Unfortnately the series, which was created and executive produced by Dick Wolf (of Law & Order fame), failed to gain an audience, and was cancelled after only five episodes. He bounced back from that disappointment with an Emmy-nominated recurring role as White House counsel Oliver Babish, on the acclaimed NBC drama The West Wing.

Roles in the 2002 dramas Liberty Stands Still, ZigZag and Ash Wednesday followed. He was also cast as Judge Jack Moran in a new CBS series called Queens Supreme (2003), but despite good reviews, the show failed to attract an audience and was cancelled. Undeterred, Platt responded by adding more titles to his impressive list of film credits, appearing in the independent films Pieces of April (2003) and Hope Springs (2003).

Platt kept busy in 2004. First came Kinsey, written and directed by Gods and Monsters director Bill Condon, and then he was in the made-for-television movie Strip Search. Loverboy, released in 2005, marked Kevin Bacon`s directorial debut and co-starred Campbell Scott, Matt Dillon and Marisa Tomei. With the new decade well underway, Platt hasn’t slowed down at all. He was in The Ice Harvest and Casanova in 2005 and had a role in The Martian Child due for release in 2007. He also made his Broadway debut in April of 2006 in Connor McPherson`s Shining City at the Manhattan Theater Club`s Biltmore Theater, playing John, the lead character, who visits a therapist after seeing his wife`s ghost.

He has worked with many of the biggest names in the business (the list of his co-stars and directors reads like the seating charts of the last 10 Golden Globe Awards), but Platt seems content with supporting roles and has made a name for himself as a character actor. As with the best character actors, he has continually turned in strong performances, holding his own, and more often than not, stealing scenes from his more famous co-stars. He recently garnered Emmy and Golden Globe nominations for his work in the critically acclaimed series Huff. In 2005, Oliver Platt starred alongside Heath Ledger and Sienna Miller in Lasse Hallstrom’s Casanova for Disney in which he played Papprizzio, a loveable lard merchant betrothed to Sienna Miller’s character.

Speaking of domestic things, Oliver Platt married his wife, Camilla, in 1993 and they have three children – Lili, George and Claire.

In the last few years, he has been busier than ever on both the small screen and the large screen. On television he has played the same character, Dr. Daniel Charles, on all three of the “Chicago” series: Chicago Fire, Chicago P.D. and Chicago Med. Meanwhile on the big screen he spent much of the last couple of years making a handful of features including The Ticket, Emperor, and the still hush-hush Warren Beatty feature about the life of Howard Hughes.

While he has yet to attain the level of stardom enjoyed by his distant relative, Orson Welles, it is doubtful that anyone can. And yet, he is a larger-than-life character who has displayed his remarkabkle talent across a wide variety of roles. At this point in his career it may just be a matter of waiting for the right role to come along.

This biography is Copyright © 2016 by: Catherine Solmes and may not be reproduced without prior written permission. For more information about copyright, click here. The image of Oliver Platt in a still from Flatliners was scanned from an original in the Northernstars Collection.