Home News Podcasts on The Tube 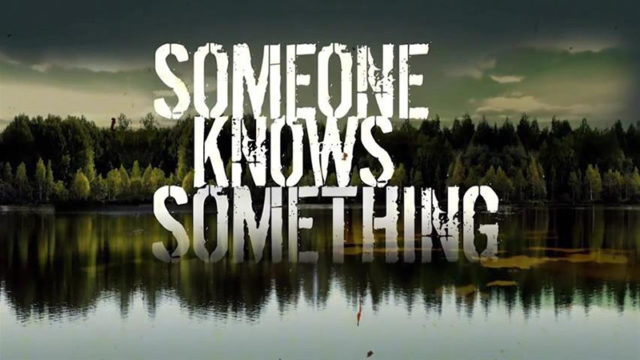 Podcasts on The Tube
by Ralph Lucas – Publisher

(August 15, 2019 – Toronto, ON) Film came before radio and radio came before television and almost from the very beginning the people and ideas moved back and forth with ease. A classic example is The Lone Ranger, which began on radio in 1933, led to a series of books, a 1938 film serial, which was like a TV series but on the big screen, and then the TV series which ran from 1949 to 1957 starring Clayton Moore and Jay Silverheels, which spawned a few Lone Ranger movies in the ’50s and the 2013 effort costarring Armie Hammer and Johnny Depp. The radio series Dragnet moved to TV in 1951, but remained on radio until 1957, the TV show ended in ’59. Dan Aykroyd played Joe Friday in the 1987 movie that costarred Tom Hanks and Christopher Plummer.

With the introduction of Apple’s iPod, the word “pod” was quickly adopted by people who wanted to produce radio programs but didn’t have or want a connection to a radio station or network. The popularity of Podcasts has grown to such a point that CBC Radio offers an very long lists of programs, some of them radio programs that are streamed for listening devices and aren’t actually podcasts. But they do carry some real podcasts and now, following the long tradition of ideas moving from one medium to another, CBC Television is putting money into the development of 5 popular podcasts to see if they will work as TV series.   It should come as no surprise to anyone who has been listening to Someone Knows Something that it has made it to the shortlist. On the podcast, host David Ridgen investigates cold cases, working with victims’ family members to explore possible leads, speaking to suspects and searching for answers. It is a natural for television.

One of the things that make Podcasts different from radio is radio programs have precise timings. Podcasts within a series can range from under 10 minutes to over 40 depending strictly on the content of each episode. Adding a visual element, commercial breaks and shows that must get out of the way for the next program on the schedule shouldn’t create any problems, but it is safe to assume that something always gets lost in the translation.   This is CBC’s first foray into the adaptation of podcasts for television and the five selected podcast series range from drama and true crime, to humour and life’s greatest questions.

Uncover: The Village In development for an unscripted, documentary series with Noble Television, this true crime podcast is the third in the Uncover series and explores two waves of unsolved murders in Toronto’s Gay Village, 40 years apart, following the arrest of Bruce McArthur in January 2018. “What sets “Uncover” apart is that it aims to serve something beyond its audience: more than a whodunit, the series feels like a kind of truth-and-reconciliation commission, in podcast form.” —The New Yorker (May 2019)

Personal Best is in development with 3Arts Entertainment for an unscripted series. The humorous, internationally acclaimed podcast helps ordinary people work through the little things they’d never bring to a life coach and celebrates small ambitions, half-wins, and getting less bad at things. From kicking a snooze button addiction to being less awkward around cashiers, Personal Best aims to be a self-improvement sidekick. “Our neighbors in Canada have produced one of the funniest podcasts to hit our earbuds in years.” —TIME (June 2018)

Tai Asks Why is being developed with Irwin Entertainment for an unscripted series. This award-winning podcast looks for answers to life’s biggest questions from the perspective of an exceptional 12-year-old through conversations with everyone from NASA experts to his own little brother in order to expand the minds of the audience and touch their hearts. “A fresh take on the ubiquitous “explainer” podcast, Tai Asks Why is a series characterized by wide-eyed curiosity and common-sense questioning and has the capacity to make us all a little bit wiser.” —Financial Times  (December 2018)

Alone: A Love Story is being developed with Sienna Films for a scripted series. The acclaimed podcast is a memoir about love, marriage and life after betrayal, telling raw truths about life post-divorce, dating and the maddening uncertainties of life and love. “Alone is one of the most beautiful, humanly (and humanely) told stories on relationships I have ever heard.” —The Guardian (June 2018)

Someone Knows Something is in development for a scripted series with First Generation Films. CBC’s most-downloaded original title examines unsolved cases of missing or murdered individuals, in hopes of uncovering new information, while also exploring how the cases have affected the families and communities involved. “Ridgen gives everything he has to these cases & listeners fall in love with his candor. True crime lovers, be prepared to say goodbye to your chores & hello to your earbuds.” —Really Into This (November 2017)

“As Canada’s national public broadcaster and number-one podcaster, we are uniquely positioned to lead in this new area of opportunity for rich and diverse storytelling,” said Barbara Williams, Executive Vice-President, CBC English Services. “This growing cultural phenomenon will make it possible for us to work with Canadian and international partners to bring passionate podcast listeners to our television and streaming platforms, and showcase Canadian stories to wider audiences at home and around the world.”

CBC offers more than 20 podcast series, which are downloaded millions of times per month.