Sarah Polley came into this world the youngest of five children born into a show-business family. Her British-born father was an actor, her mother a casting agent. From all accounts she was a precocious child who could read at an early age and thanks to her mother landed her first role when she was just 4 years old, a bit part in the Phillip Borsos movie One Magic Christmas. That led to work in television, and when she was 8, Polley starred in the short-lived PBS series, Ramona, based on the books by Beverly Cleary.

The same year she was shooting Ramona, she made The Big Town and starred in two TV productions before landed a leading role in Terry Gilliam’s ambitious The Adventures of Baron Munchuasen, starring John Neville. It was a long, tough shoot in Rome, and the experience made Polley swear off doing big-budget Hollywood films for good. She instead turned back to television, and is remembered to this day with the hit series Road to Avonlea where she starred as Sara Stanley. Sarah Polley earned three of her eight GeminiAward nominations for the series. The Road to Avonlea was so successful that it caught the attention of executives at the Disney channel, who promptly picked it up but aired it under the shorter title of Avonlea in the United States.

After a few years on the series, Polley began to look for her next challenge, and moved her considerable talent to the live stage. It was 1994 and she was in the Stratford Theatre’s production of Alice: Through the Looking Glass. Unfortunately, Polley had to bow out early to have surgery on her spine. Suffering from Scoliosis, her spine curved incorrectly and surgery was the only answer. She made a complete recovery and returned to work soon after when 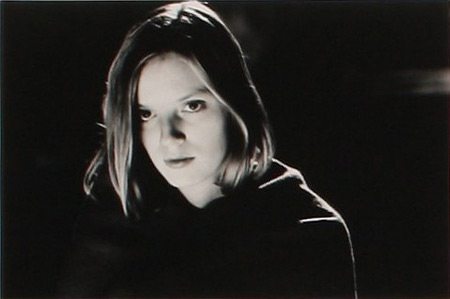 she was cast for a small part in Atom Egoyan’s Exotica. She worked with him again in 1997 on The Sweet Hereafter (pictured at the right) which received its world premiere at the Cannes Film Festival and was nominated for an Oscar®. Polley played the lone survivor of a school bus tragedy and her haunting performance was critically acclaimed bringing her both international exposure and a Genie Award nomination for best actress.

Although Polley was still in high-school she was earning a reputation as a hard-working, intelligent actress. But things changed radically when at 15 she moved away from home, dropped out of school and became actively involved with left-wing politics, to the point of putting her acting career on hold. She went to work for the NDP, volunteered with the Ontario Coalition Against Poverty, and delivered sandwiches to street kids and the homeless. She had two of her teeth knocked out as a result of the Toronto riot squad’s dispersion of a peaceful protest outside of Queen’s Park, Ontario’s provincal capital building in Toronto.

She went on to make four movies movies in 1997 and 1998. They include The Planet of Junior Brown and Last Night. Polley saw two films released in 1999. Go was a movie fusing hot music with a solid plot and became a sleeper hit with the rave generation. Polley’s portrayal of a grocery cashier by day, and a risk-taking raver by night was refreshing and long overdue. Her work in David Cronenberg’s eXistenZ, also released in 1999, was a strong indication of her talent and pull.

Also in 1999, she was offered the plum role of “Penny Lane,” the cheerfully amoral groupie in Almost Famous, but after much soul searching, turned the role down. The part eventually went to Kate Hudson, who was nominated for an Oscar®. True to her roots, Sarah Polley has always preferred to work in the Canadian cultural environment, and in another career move, enrolled at the Canadian Film Centre in Toronto. She made two shorts and then with her third, I Shout Love, Polley won a Genie Award in 2002 for best live-action short.

Polley wrote and directed her first feature-length film, Away from Her, in 2006. Based on a short story by Alice Munro and starring Gordon Pinsent and Julie Christie, the $4.5 million dollar production created a bidding war shortly after it screened at the Toronto International Film Festival, eventually being picked up by Lions Gate for distribution in the United States. It went on to be sold into 26 other territories. It went on to garner international acclaim including Academy Award nominations for Christie for Best Actress and Polley was nominated for Best Adapted Screenplay. Christie won the 2007 Critics’ Choice Award award for Best Actress, as well as the Best Performance by an Actress in a Motion Picture – Drama award at the 65th Golden Globe Awards. She also won Outstanding Performance by a Female Actor in a Leading Role at the 14th Screen Actors Guild Awards and was nominated for the Best Leading Actress BAFTA at the 61st British Academy Film Awards. Away From Her won seven Genie Awards in early 2008 including Best Picture, Best Director, Best Actor and Best Actress. Sarah Polley was just 29.

In January of 2006 it was announced that Polley would receive ACTRA Toronto’s 2006 Award of Excellence. The announcement said, in part, “Sarah Polley is one of Canada’s treasures. She is a commanding actor who has taken on varied and challenging roles while becoming one of our most recognizable Canadian stars.” 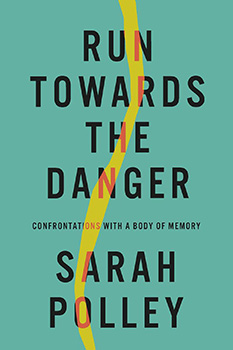 The first decade of the new millenium saw her continue her work on screen with 22 films to her credit between 2000 and 2010, including Splice, which was directed by Vincenzo Natali. It won Telefilm’s Golden Box Office Award as the top grossing English Canadian film in 2011. Meanwhile Polley was working on her sophomore film, Take This Waltz, which screened at TIFF in 2010 and was released in June of 2012. During an interview with Northernstars (see below), Polley admitted that 2nd films are often seen as failures by critics, especially when a first film is so well received.

In 2012 it was announced that Polley had received funding from the Harold Greenberg Fund allowing her to option the Margaret Atwood book, Alias Grace. Polley has turned the book into a 6-part mini-series that was broadcast in 2017.

Sarah Polley was honoured with the Order of Canada in 2014.

On March 1, 2022, Sarah Polley published a collection of six essays titled “Run Towards The Danger” and includes, as Polly has stated, “the most dangerous stories of my life.”