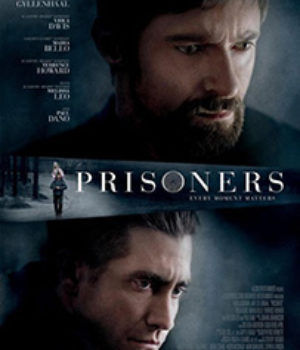 Denis Villeneuve’s intimate cinematic style was apparent from his beginnings on La Course destination monde, the unique Québec television show for which he was chosen to produce highly subjective clips of his travels across the globe. In REW FFWD (made for the NFB), he developed his directorial style and added a more blatant taste for formal experimental filmmaking.

Following a period of making music videos, he directed Le Technétium, a frantic and poignant sketch for the collaborative work Cosmos. His first feature, Un 32 août sur terre, furthered his oddball style both formally and thematically by offering a harshly edited psychological portrait reflecting the angst of a generation. His second, Maelström, featuring a huge talking fish, won the Genie Award and Prix Jutra for best director and screenplay. He won a second Genie for directing Polytechnique, a black-and-white film about the Montreal massacre of 14 female students, in 2010. The film was named best picture of year. He repeated this triumph the following year with Incendies, a powerful film about a brother and sister in search of the truth about their recently deceased mother that was nominated for best foreign-language Oscar and swept both the Genies and Prix Jutras in 2011.

Now comes his first American movie, a taut Hicthcockian thriller about a child kidnapping and the extremes one man will go to find his daughter. Set in a suburban community in rural Pennsylvania on the Thanksgiving weekend, the Dover family, mom and dad (Maria Bello and Hugh Jackman) and their children (Dylan Minnette and Erin 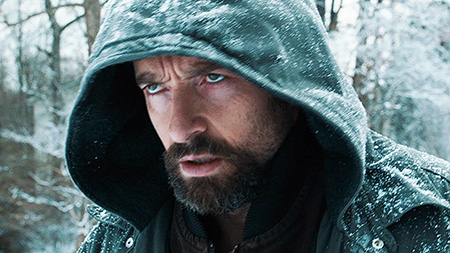 Gerasimovich) visit their best friends, the Birch family (Viola Davis and Terrence Howard) and their daughter (Zoe Borde). The two girls go out to play after dinner but don’t return. Jackson searches the neighourhood with increasing panic and the only thing he can come up with is that the girls were last seen standing near a beat-up old camper. The police arrive, and detective Loki (Jake Gyllenhaal) is put in charge of the investigation where every minute counts. The camper is soon found but not the girls. The driver is Alex, a man-child (Paul Dano) with the mental age of a 10-year-old who lives with his aunt (Meliissa Leo). With no hard evidence, Dano is released much to the dismay of Jackman who decides to take matters into his own hands. Convinced that Alex knows where his daughter is hidden, he kidnaps him and locks him up in a deserted, dilapidated house that his family still owns. Detective Loki now has two mysteries to solve.

Shot under a cold gray sky by the Coen Brothers’ acclaimed cinematographer Roger A. Deakins, the mood of despair never lifts. It seems to rain all the time and winter is fast approaching. There are excellent performances from a well-seasoned cast including Davis, Howard, Bello and Melissa Leo. But the linchpins for the devastation wrought in the film are Jackman – channeling the rage of Sean Penn in Mystic River, he gives the best performance of his career as the anguished father – and Gyllenhalal as the buttoned down frustrated detective with whom he locks horns. Veteran Canadian character actor Len Cariou makes a brief appearance as a defrocked priest.

Villeneuve shows the flashes of cinematic brilliance that he displayed in Incendies, and understands clearly that movies are about faces. Aaron Guzikowski’s script is first rate although it does sag two-thirds of the way into its two-and-a-half-hour running time before racing towards the final plot twist that is worthy of the Master of Suspense himself.

This review is Copyright © 2013 by Northernstars.ca and may not be reproduced without written permission. For more about copyright, click here.