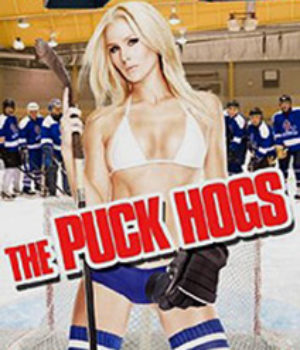 I anticipated a profane, ribald romp yesterday from director Warren Sonoda’s second VIFF offering, Puck Hogs, a mockumentary. It is about pick-up hockey and hockey tournaments. Would it capture the obscene hilarity, and the obscene characters I know so well as a 30 year veteran of this world?

Sonoda’s Cooper’s Camera is about a dysfunctional family at Christmas said to be “painfully accurate.’ I wanted to see if his Puck Hogs was also accurate. Would he capture the cross-section of characters who march off to a cold arena, at all hours, lugging 50 pounds of stinking equipment? Would the unimaginable locker room antics, the incessant banter with ritualistic coarseness, and abusive verbal exchanges be there? What about occasional bouts of ridiculous drinking and the ‘by rote’ stream of lewd sexual references–would it all be there?

Puck Hogs‘ stick work in and around this accepted male ritual is great fun. The characters, the laughs, the obsession are there. I quickly concluded, leaving the theatre: Eric Lunsky’s (Producer/Writer) script was excellent stick work. Later, after more reflection, I realized he was sticking me with something more than just a portrait.

I grabbed the ferry back to Victoria for another hockey event replaying Sonada’s piece of Canadiana. Sheer coincidence, I had tickets for a real hockey game between Canada’s Women’s Olympic hockey team and the USA team back in Victoria, a preview of the 2010 gold medal game. Warm up over, I wondered if these female Olympians were anything like what I know and loved in Puck Hogs.

Canada’s Meaghan Agosta’s first period goal ignited the 7,000 screaming fans. All I could think about was the movie. I was hooked and left the fast, real hockey player world in front of me.

The riotous, ensemble cast gives vivid, funny portrayals. Eddy Monday (Johnny Gardhouse) is hated. He can barely skate but is needed to complete the roster in a tournament they never win. Young Terry Binder (Joe Dinicol) has a lap dancer with his over protective mother (Judy Marshak) beside him, telling him to pretend she’s not there.

The mock documentary’s seriousness coats these extreme characterizations and narrative lines with a delicious irony. They are cartoon-like with degrees of truth. Slap Shots’ Hanson brothers were both real and cartoon like. They actually did play hockey but were paid to fight. The Puck Hogs team and the Hansons both love the game.

The Hogs’ love translates to one thing. They want to win the Kinsmen Cup Tournament, something that has never happened. They not only want to, they must win because convener Irv Mason (Colin Mochrie) threatens to ban them if they don’t.

The mock crisis is set reflecting the real urgency/intensity atmosphere that does show up at real hockey tournaments. This does lead to tournament fighting, and the Puck Hogs fight.

This is not like the real Hanson fights because fighting is banned in all these tournaments. Rituals of aggressive shoving and yelling replace any actual fighting. Puck Hogs make that funny and absurd.

Watching a women’s game, started me thinking about the women in the Puck Hogs’ world. Puck Hog captain, Jeremy (Jeff Geddis) missed his own wedding because of a game he had to play in. He lost Caroline (Rachel Wilson) to his arch hockey rival Lance (Liam Card). He wants the cup as much as the rest. But, during the build up to the tournament, the flame between Jeremy and Caroline is ignited again posing the same old choices. Can he change? How important is hockey and the team?

My own obsession with my hockey world ignored these questions earlier. Lunsky’s script, his stick work, subtly goes beyond the absurdity in the dated world of men’s hockey.

I came back to the final minutes of the fast and skilful Olympic game. A mini brawl broke out. It was the same huffing and puffing I laughed at in Puck Hogs. This time no one laughed, obsessed fans screamed for real blood.

I left wondering: What’s more absurd, this real game or the movie? Puck Hogs does have a good answer, one I certainly didn’t hear at the pre-Olympic game.

Glen Russell is a freelance writer living on Vancouver Island.

At Home By Myself… With You