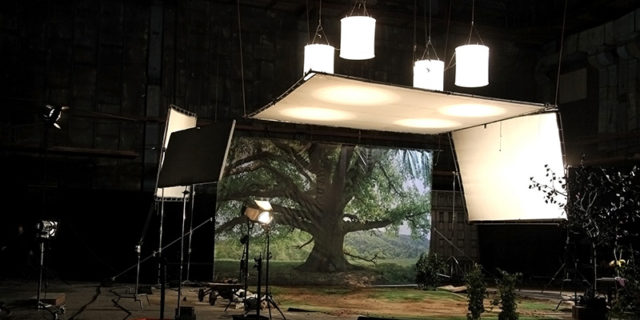 (March 18, 2020 – Montréal, Québec – CNW Telbec) – Following January 28, 2020 submissions, the Quebecor Fund Board of Directors has announced the names of the production companies and distributors whose projects will receive funding in the 19th round of the Film Production Assistance Program. The selected producers and distributors will share a total of $670,000. The three successful projects will be produced and distributed by the following Canadian companies: Multipix and Item 7 inc., Cinémaginaire inc., Palomar, MK2 Mile End inc., Les Films Séville inc. and Filmoption International inc.

Quebecor Fund’s Film Production Assistance Program seeks to capture synergies among all industry stakeholders in order to: support the production of Canadian French-language feature films; support multiplatform exploitation of feature films and, in particular, promote integrated marketing strategies with an interactive component, starting at the development stage; enable the creative / production team to produce a work as close to their original creative vision as possible; help recipients realize a return on investment in order to increase the Fund’s impact.

Since it was launched in September 2010, Quebecor Fund’s Film Production Assistance Program (which previously included event production) has granted 89 projects a total of more than $14.4 million, including more than $13.4 million for 75 film projects and more than $1 million for 14 event projects.

Quebecor Fund also has an Export Assistance Program (EXAP), which supports export initiatives by funding the development of audiovisual content adapted for non-Québec and international markets as well as marketing efforts. Since its inception in March 2014, more than $8.9 million has been invested in 36 export business models with 25 partner companies. In this 15th round, Quebecor Fund will invest in the business model of Carpediem Film & TV inc.

Maria Chapdelaine
Producers: Multipix and Item 7 inc.
Distributor: MK2 Mile End inc.
Maria Chapdelaine tells the story of a young woman who must choose between three suitors, each of whom promises her a very different life. François Paradis, fur trader and lumberjack, is a wild man of the woods who promises to return in the spring to marry Maria. Lorenzo Surprenant offers her a life of ease in an American city. Eutrope Gagnon, the gallant and modest farmer, has taken a homestead adjacent to the Chapdelaine farm. Paradis is unable to keep his promises and Maria has to rethink her choices. Shaken by events, she must take her fate into her own hands and decide what her future will be.

Lignes de fuite
Producer: Cinémaginaire inc.
Distributor: Les Films Séville Inc.
Lignes de fuite takes us on an eventful night out with three friends in their 30s and their partners. As the evening progresses from a vernissage to a karaoke bar to one of their homes, the tensions mount. Alcohol, an impromptu pregnancy test, soul-searching, and arguments about their generation, having kids and the future of humanity will test their friendship.

Brain Freeze
Producer: Palomar
Distributor: Filmoption International inc.
An exclusive golf club calls in a multinational biochem firm to help it stay open year-round. Their fertilizer contaminates the water table and transforms the residents of Île-aux-Paons into mutants programmed to put down the perfect lawn. The government responds to the panic and the media frenzy by placing the island under quarantine. André has been orphaned and must fight to protect his sister. They hook up with Dan, a survivalist security guard, and his infected daughter. The foursome set out to find the truth and come up against a team sent to eliminate all traces of the Company. Will they succeed?

The Quebecor Fund was established through Videotron Ltd., which provides nearly $6.6 million annually in broadcasting distribution undertaking (BDU) contributions to the Canadian industry. Its mission is to support the development, production, marketing and export of high-quality content and its exploitation on various platforms. To date, Quebecor Fund’s programs have paid out a total of more than $109 million.

The Board of Directors is responsible for all decisions pertaining to the Fund, including its direction, and is entirely and exclusively responsible for its funding decisions. The next deadline for applications for funding under the Film Production Assistance Program has been set at May 26, 2020.

November Film Festivals: A Look Ahead