(May 9, 2019 – Toronto, ON) If it seems somehow wrong to use the words Rambo and Cannes in the same sentence then you don’t know enough about Cannes. The venerable film festival has always had a side best described as quirky. When the film industry is looking in one particular direction, Cannes decides to cast its gaze somewhere else. More importantly Cannes has always been about film, all film.

This year, it’s an “hommage à Sylvester Stallone,” complete with a showing of the first Rambo movie, which will screen at 10:30 p.m. on May 24th at the Grand Théâtre Lumière. Stallone himself is expected to be in Cannes and there is buzz that he will unveil…wait for it, footage from the latest instalment in that franchise, Rambo 5.

A quick look at the math, Stallone was 36 when, with Michael Kozoll and William Sackheim, he co-wrote the screenplay for Rambo. Based on the novel First Blood by David Morrell, the film was released in 1982, 6 years after the first of Stallone’s Rocky movies. Stallone was young, fit and portrayed the character of John Rambo with such energy that the word Rambo entered the American lexicon as a word meaning someone who is tough, reckless and okay with using violence to solve problems. In short, the personification of the anti-hero. Thirty-seven years later, Stallone is 72 and the 5th Rambo movie is being titled Last Blood.

According to Box Office Mojo, Rambo: First Blood was made for $15-million and returned over $125-million at the box office. Shot on location in British Columbia, it is often overlooked or forgotten that the film was directed by Canadian Ted Kotcheff. Depending on how you look at his credits, this was a departure for the man who had given us Bill Two Hats (1973), The Apprenticeship of Duddy Kravitz (1974), Fun with 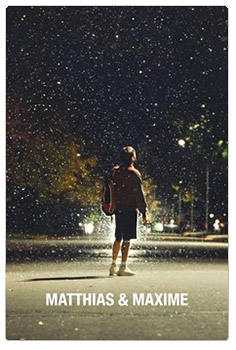 Dick and Jane (1977) and Who is Killing the Great Chefs of Europe? (1978). That said, it shouldn’t be forgotten that Kotcheff went on to be an Executive Producer of 263 episodes of the series Law & Order: Special Victims Unit as well as directing several episodes.

Not to be over-looked, Monia Chokri’s first feature film, La Femme De Mon Frère has been selected to open the Un Certain Regard program at Cannes and screens at 7:15 p.m. on May 15 and at 4:30 p.m. on May 16 at the Salle Debussy.

Click here to find a link to the Cannes Film Festival and other May 2019 film festivals.