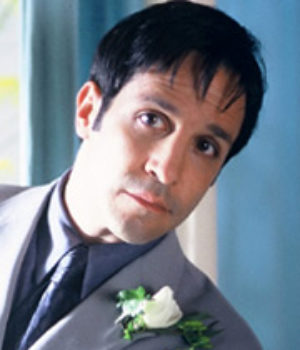 In a land where many Canadians can lay claim to many hyphenated talents, Ben Ratner may hold the record. Benjamin Ratner is… an actor-stand-up comic-playwright-screenwriter-lyricist-bassist-boxer-teacher.

On television, his credits include roles in over 20 network series and MOWs (Movies-of-the-Week), including John Woo’s Once a Thief, The Alibi, Outer Limits, The Sentinel, The Highlander and Poltergeist. He has appeared on stage in intense dramas like American Buffalo, for which he won a B.C. Theatre Jessie Award nomination for Best Supporting Actor, to standup comedy. In fact, he won a comedy award and was a finalist in the Yuk Yuk`s Search for Canada’s Funniest New Comedian in both 1990 and 1991.

Ratner has written and performed two one-man shows: Cherished and Forgotten, and The Smell of Pokey Dying. He also co-wrote and starred in the 35mm short film Table Manners, which received a 1993 Directors Guild of Canada Kickstart Award.

When you think of Benjamin Ratner the word “slacker” does not come to mind. He also writes music and lyrics and was formerly a bassist with L. Kabong. Oh… he was also a boxing gold medallist at the 1982 B.C. Winter Games. Finally, Ratner, who founded Teaching the Craft of Acting in 1994, teaches scene-study classes for beginning actors in Vancouver where he makes his home.

He made his directorial debut, adding yet another hyphen to his many talents, with the release of the 2003 feature, Moving Malcom.

This biography is Copyright © 2000 and may not be used without prior written permission. Click here for more information about copyright.