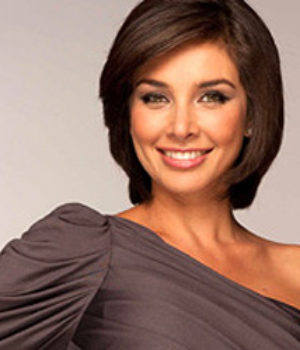 Toronto-born Lisa Ray has built a huge career in the land of her father, India. Voted as one of the Top Ten Most Beautiful Women of the Millennium in India by readers of The Times of India, and as a Star of the Future at the 2002 Toronto International Film Festival for her role in Bollywood/Hollywood, she is not only one of the most successful cover models in Asia, but she has become an acclaimed actress.

A self-described gypsy, or “sufi-soul,” Ray is a product of a mix of cultures, and globe-trotting experiences. At home in Toronto, her earliest influences were an unusual combination of perogies and fish curry (her mother is Polish, her 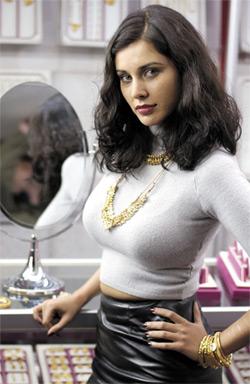 father is Bengali), which probably contributed to her chameleon-like ability to adapt to any surrounding – a skill which she puts to good use both in her acting and personal life.

While on vacation in India when she was just 16 years old, Ray was approached by Maureen Wadia of Glad Rags and offered an opportunity to model for the celebrated fashion magazine. She was just finishing high school and had no modeling ambitions, but agreed to do it, more as a lark than anything else. She ended up on the cover and wascatapulted into a state of instantaneous recognition. Her high-profile modelling career brought her to the attention of a number of Indian filmmakers, but she preferred to branch out into music videos and television, rather than follow the conventional route into mainstream Bollywood. Of note is the Nusrat Fateh Ali Khan video Afreen, Afreen, her long-running film review show on Star Movie called Starbiz and endorsements of products like L’Oreal, Lakme, Garden Sarees, De Beers Diamonds and Camay.

She turned down film offer after offer until Vikram Bhatt brought her the lead role in the 2001 thriller, Kasoor. In the film, Lisa Ray plays Simran, a lawyer who helps get her client acquitted for murder, but then fears for her own life because he might actually have been guilty. Her debut work brought her to the attention of award-winning director Deepa Mehta who cast her as the female lead in her cross-over romantic comedy Bollywood/Hollywood. The film had its world premiere at a gala screening at the 2002 Toronto International Film Festival and went on to be a huge success in Canada and other foreign markets. Not long after, Ray led in the U.K./U.S. co-venture feature Arrangement, a romantic comedy about arranged Indian marriages, which was shot in Austin, Texas.

Realizing that acting was something she wanted to pursue more seriously, she moved to London to concentrate on aserious career in the performing arts. While there, Ray studied at the Central School of Speech and Drama, TheLondon Centre for 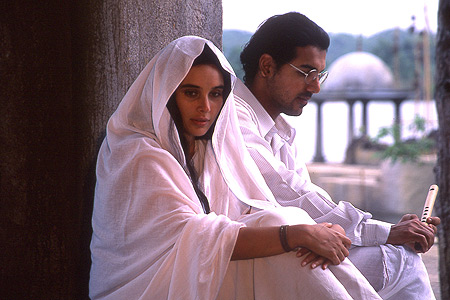 Theatre Studies, The Desmond Jones school of Physical Theatre, BADA andgraduated from the Academy of Live and Recorded Arts (ALRA) in 2004 with a post-graduate degree in acting.

While studying, Ray made a conscious effort not to accept any film offers until she had graduated. However, while still at ALRA, Deepa Mehta called her again and made her an offer she simply could not refuse –the lead role of Kalyani in her highly controversial and much anticipated feature Water.

She kept herself busy by playing a cop in the thriller Seeking Fear, which was shot inVancouver, and leading in the American romantic comedy Quarterlife Crisis, which was shot in New York. She also had a lead in the short film It’s a Mind Thing.

Ray also continued to work in non-film areas. For example, she is a long-running ambassador for Rado Watches of Switzerland and finds herself shuttling between her homes in Toronto, London and Mumbai. She loves Indian art and co-curated an art exhibit in Mumbai entitled “Art Aegis.” Writing is another one of her loves, and she ha articles in various publications throughout India and Asia, including Cosmopolitan, The Times group and The Indian Express.Lisa Ray endeavors to be involved in meaningful cinema and theatre projects. Recently interviewed she said, “What do you expect? I’ve been brought up by a Bengali father, watching the cinema of Satyajit Ray. Of course I’ve been corrupted. I’m an idealist.”

In late September of 2009, Ray used her blog to let fans and the world know she had been diagnosed with multiple myeloma, usually an incurable cancer. The annoucement included the information that she had been diagnosed on June 23, and had started chemotherapy treatment within days. She also stated that her treatments would probably interfere with her participation at the 2009 Toronto International Film Festival, where two of her most recent films would screen.Just 37 at the time of her diagnosis, Ray fought against the disease including using stem cell transplants that left her exhausted and confined to quarantine for weeks. Facing the loss of her luxuriant hair, Ray reached for an electric razor and decided to shave her head instead. The treatments seemed to have been successful and since 2010 her multiple myeloma has been in remission.

In early 2012 it was announced that Ray would become a host for the second season of Top Chef Canada on the Food Network, a role she still plays on the popular cooking challenge show. Although at first glance it seemed like a strange decision for the actress, the fact is her career is full of hosting gigs dating back to her own entertainment show in India, to hosting India’s popular series OMG (Oh My Gold) and hosting award shows such as The Genies or The Giller Prize and many others.

This biography is Copyright © 2012 by Northernstars.ca and may not be reproduced without prior written permission. Click here for more information about copyright.