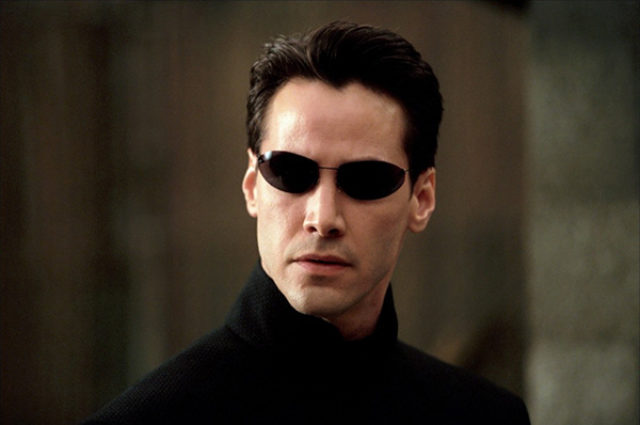 His family history is a bit complicated. The simple fact is Keanu Reeves came to be in Toronto and ended up in movies almost totally by accident. Here are some of the facts: He was born in Beirut, Lebanon. His father is Samuel Nowlin Reeves, who is Hawaiian/Chinese, which is why Keanu is named Keanu. It`s an Hawaiian name that translates into “Cool Breeze over the Mountains.” His mom is the British-born Patricia Taylor. The star has a sister from this time, Kim Reeves, but when the kids were still mere toddlers, Sam Reeves and his wife went their separate ways. He moved to Hawaii, and Mrs. Reeves, Keanu and sister Kim headed for Australia. Later, they would move to New York City. It was in New York that Patricia met and later 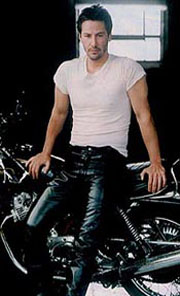 married director Paul Arron. They eventually moved to Toronto and sometime later they began the process that would see the family become Canadian citizens, a status Keanu Reeves maintains to this day. But all was not well within this new family, and soon the young Keanu was, once again, without a dad. His mother would marry again, twice, and give Keanu another sister but through all of this there was little stability in his early life. It is often found in these situations that kids begin to withdraw from a reality they either don’t like or can’t understand. Many actors have gone on the record about their unhappy childhoods and most of them credit this situation for providing the first opportunity to toy with fantasy, escapism, and thereby develop their very earliest acting skills. Perhaps the detachment some critics have found in his work comes from this sense of being disconnected from the real world. Whatever the reason, Keanu Reeves would eventually gravitate toward the performing arts. But first there was grade school.

Reeves attended Jesse Ketchum Public School in Toronto from kindergarten through the eighth grade. Then came high school, and problems, for Keanu. He attended four high schools including De La Salle College, Avondale, as previously mentioned, and the Toronto School for the Performing Arts, before dropping out once and for all at 17 years old. Reeves wanted to act, and to support his chosen profession, he worked at a series of odd jobs, including sharpening skates at an arena, landscaping and pasta making. But he wanted to act, and he spent almost every spare moment looking for work. His first important break came when he was cast in the play Wolfboy in 1984. Often described as “homoerotic,” Wolfboy got enough notice and provided Reeves with enough confidence to go after a number of small roles in movies and made-for-television films. When he completed the film Youngblood (1986), Reeves made a life-changing decision. He scraped together his meager earnings and headed his ancient second- or third-hand Volvo toward Hollywood. All he had was $3,000 and the address of his stepfather, Paul Arron, in his pocket. But he knew what he wanted and he knew he would only find it in Hollywood. The rest, as they say, is history. 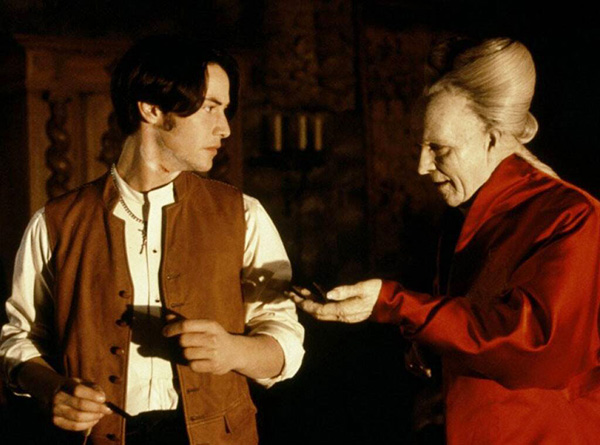 His first Hollywood film was the small but important stepping-stone film, River’s Edge (1986). Later came the two Bill and Ted adventure movies (1989 and 1991) with Reeves playing an excellent air-guitar dude. Recalling these movies later in his career, Reeves worried that if he suddenly died they would carve the words “He played Ted” on his gravestone. As we now know, Reeves went on to land far more important parts in such films as Dangerous Liaisons (1988), Bram Stoker’s Dracula (1992, pictured above with Gary Oldman), and 1993’s Much Ado about Nothing, which was directed by Kenneth Branagh, who is equally at home on the stage or working in film as both a director and actor. Perhaps it was his influence that led Reeves back to the stage when in 1995 he performed in Hamlet. Fans from as far away as Australia and Germany traveled to Winnipeg to see him on stage. Kenneth Branagh is quoted as saying of Keanu Reeves, “He has the indefinable essence called star quality.” And by then, Reeves had become a star with the 1994 action flick Speed. His next large film triumph came in the first of three Matrix (1999) movies. The first was such a hit that it catapulted Keanu’s box office value into the rarefied atmosphere of the superstars. He reportedly earned between 20- and 30-million dollars for his work on the two sequels (2003), which were shot in Australia. Both sequels co-starred fellow Canadian Carrie-Ann Moss.

His work in indie films had been in decline for some time, but things began to pick up beyond his studio work post-2010. For example, Reeves starred opposite Reese Witherspoon in the sci-fi romance Passengers, and in late 2013 he began work on John Wick, an indie production from Thunder Road. It went on to gross almost 80-million dollars worldwide or 4 times its production budget and spawned, so far, two sequels.

It has been a long, and in many important ways, lonely journey for Reeves. From Beirut to Australia to New York to Toronto and finally Hollywood. He has become his own man because, apparently, he always was. He had to be. What is interesting now is what the future will bring. His slightly aloof manner could allow him to become this generation’s Gary Cooper. His keen sense of fun and classic good looks could just as easily allow him to mature into a sort of Cary Grant. Or, he could just as easily chuck it all and pick up his real guitar, a bass, and head off down the road with his band Dogstar. Whatever the future brings, we know it will be fun to watch for his friends and fans because inevitably Keanu Reeves will just go on being Keanu Reeves.

In August 2019 it was announced that a new Matrix movie is in the works at Warner Bros. Keanu Reeves and Carrie-Anne Moss will reprise their roles as Neo and Trinity and Lana Wachowski will write and direct the all-new film. No release date has been announced.

This biography is Copyright © 2013 by Ralph Lucas and may not be reproduced without prior written consent. Click here for more information about copyright. It was updated in September 2019.