It’s a fact, Canadian people are very polite, and are recognised as some of the nicest people in the world. So how is it that successful Hollywood director Ivan Reitman was the first Canadian convicted with breaking Canadian decency laws? Maybe it`s the Czech in him. Ivan Reitman was born in Komárno, Czechoslovakia, now just Slovakia, on 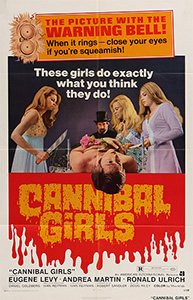 October 27 1946. Pre-dating his 1973 feature-film debut, Cannibal Girls starring fellow McMaster University chum Eugene Levy, Reitman produced a film called The Columbus of Sex. Based on the novel My Secret Life, the 1969 film was considered soft porn and deemed out of line according to the new laws. He was convicted, fined and put on probation for a year. Cannibal Girls and his second film, Shivers, directed by David Cronenberg, were so well received internationally that Reitman found himself producing Animal House in 1978 and directing the now classic teenage film, Meatballs, in 1979. Both were hugely successful and introduced the world to actors Bill Murray and Jim Belushi.

Reitman’s biggest hit to that time, Stripes came out in 1981. The critically acclaimed film also won rave reviews from audiences, a rare matching of tastes. He seemed to gain speed from there. The hugely successful comedy Ghostbusters again paired Reitman with Murray. It went on to gross approximately $310 million and counting. Along with directing the film, Reitman produced it, had an un-credited voice appearance, directed the music video for the song of the same name, and acted as the 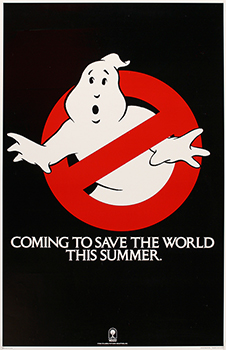 executive consultant on the series The Real Ghostbusters in 1986. Also in 1986 came Legal Eagles, starring Robert Redford and Sara Botsford. Unfortunately, the film turned out to be a disappointment at the box office.

Reitman bounced back in 1988 with the comedy about twin brothers who were separated at birth and finally find each other. Twins co-starred Arnold Schwarzenegger and Danny Devito. A less successful sequel to Ghostbusters was released in 1989. Casting Schwarzenegger in 1990`s Kindergarten Cop brought Reitman back to the top of his game. He produced the film along with other early 1990 films like Stop! Or My Mom Will Shoot, as well as Beethoven and its sequel in 1993.

Another film from 1993 was the endearing, feel-good comedy Dave, starring Kevin Kline and Sigourney Weaver. The film, about a look-alike impostor filling in for the secretly dead President of the United States, blended sharp wit and warm romance without making it sappy or insincere. Next on his agenda was yet another pairing with Schwarzenegger and Devito, in the 1994 comedy, Junior, which was about the possibility of a man becoming pregnant and giving birth.

In 1996, Reitman was nominated for an Emmy Award for The Heidi Chronicles, a television adaptation of the Broadway play. In the same year he took on the seemingly impossible task of producing Space Jam, a combination live action/animation movie starring Bugs Bunny and Michael Jordan. Another comic pairing up came in 1997`s Father`s Day with Billy Crystal and Robin Williams.

Reitman was up for a second Emmy for The Late Shift, which chronicled the true story behind the late night television wars between The Tonight Show with Jay Leno and The David Letterman Show. After impersonating him for years, Ottawa-born Rich Little got to play Johnny Carson in the made-for-television movie.

The controversial cycle continued for Reitmen when he directed the then openly gay Anne Heche in a romantic comedy opposite Harrison Ford in Six Days Seven Nights, which turned out to be relatively successful. The film is a 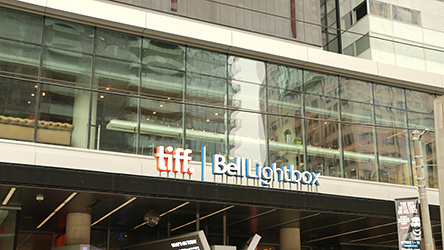 throw-back movie, reminiscent of the romantic comedies from Hollywood in the late 1940s and early 1950s and it worked, particularly the role played by Heche.

Reitman next turned his sights beyond earth with 2001`s Evolution which co-starred X-Files‘ David Duchovny. Asked by the BBC whether he thought alien life exists, Reitman said, “It would be arrogant of us to believe that we were the only intelligent life in the universe, so my feeling is yes, absolutely”.

In 2002, Reitman solidified his place in Canadian filmmaking when along with his sisters, discussions began with the Toronto International Film Festival Group about creating a permanent home and headquarters for TIFF.

Ivan Reitman was 75 when he died in his sleep at his home in Montecito, California on February 12, 2022.

This biography is Copyright © 2001 and may not be reproduced without prior written consent. It was updated in February 2022. For more information about copyright, click here. The posters used in this biography were scanned from originals in the Northernstars Collection.