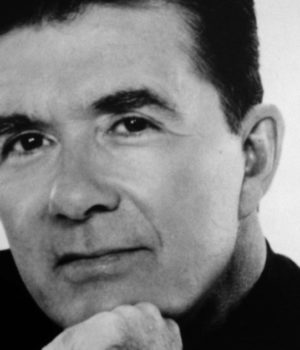 (December 13, 2016 – Toronto, ON) Canadian-born actor and composer Alan Thicke has died. He was 69. Alan Willis Jeffrey Thicke was born in Kirkland Lake, Ontario in 1947 and grew up wanting to be either a minister or a doctor. After attending the University of Western Ontario, he graduated in English and Psychology before beginning his show biz career as an all-night radio disc jockey. He later moved to writing and was hired to crank out comedy material for the CBC. Believing his future was in writing and in Hollywood, he headed south and soon became a writer on the syndicated Norman Lear series Fernwood 2-Night. He also wrote for some of the biggest names on TV at that time including Bill Cosby, Flip Wilson, Richard Pryor, Bobby Darin, Kenny Rogers, Olivia Newton-John, Anne Murray and Barry Manilow.

In 1980 an opportunity to host his own daytime talkshow had opened up at home, so Thicke returned to Canada. While nothing special he drew the attention of former NBC executive Fred Silverman who hired him to star in Silverman’s first non-network effort, a nighttime variety show titled Thicke of the Night. Despite the pre-launch publicity, or perhaps because expectations were raised so high, the show turned out to be less than impressive. He tried his hand at acting and had some early success, but it in 1985 he turned up in the sitcom Growing Pains as psychiatrist Jason Seaver. It would run until 1994, establishing him as a highly bankable TV star. When not acting and writing, he composes music and has written theme songs for several TV series, including The Facts of Life, Diff’rent Strokes and Wheel of Fortune.

More recently, Thicke starred in the film I Don’t Care and It’s Not My Fault Anyway, which premiered on December 2 at the Whistler Film Festival in British Columbia. TMZ reported that Thicke died in hospital after suffering a heart attack while playing hockey with his sun.

The Great Human Odyssey on the Move