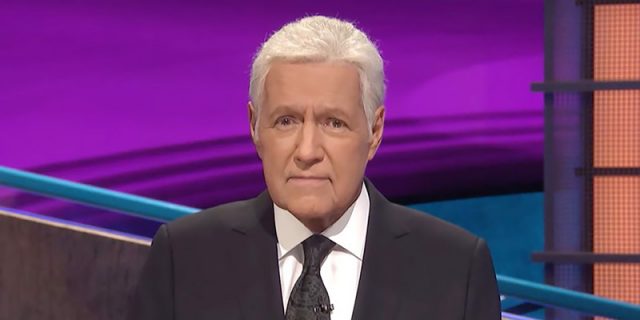 (November, 2020 – Toronto, ON) More than 20 million people in Canada and the United States devoted 30 minutes of their lives to learning something new from television five nights a week. In an age of dumbed-down entertainment, the TV show Jeopardy! was an oasis of intelligence fashioned as a game show and hosted by Canadian-born Alex Trebek since 1984.

Most of his life story is well known. Trebek was born in Sudbury, Ontario, the son of a Ukrainian immigrant father and a French-Canadian mother. He earned a degree in philosophy at the University of Ottawa and began his career while still in school.

Trebek hosted a number of television shows in Canada during the 1960s including CBC Championship Curling, but fellow Canadian, the late actor Alan Thicke, encouraged him to move to California in 1973. He landed a hosting job on an NBC game show called The Wizard of Odds, but the odds were against it and Trebek moved on to shows like Double Dare, High Rollers, Battlestars, The New Battlestars, Classic Concentration and To Tell the Truth before joining Jeopardy!, which had first hit the air waves in 1964 hosted by Art Fleming. The show had been off the air for a few years when a new reimagined version came to the small screen with Trebek as host.

Trebek won six Emmy Awards for outstanding game-show host, most recently in 2019, and also received a Lifetime Achievement Emmy in 2011. In December of 2019 the Academy of Canadian Cinema & Television announced that Trebek would be one of four recipients to be honoured with a 2020 Special Canadian Screen Award, but the arrival of the COVID-19 pandemic caused those plans to be put on hold. He used his television show to announce his diagnosis of stage 4 pancreatic cancer in March 2019 and promised to fight on while continuing to work.

“We have lost an icon,” Prime Minister Justin Trudeau said on Twitter. Yes, Alex Trebek was certainly that, but to his millions of fans he had also become a friend, someone we spent a considerable portion of our lives with, someone who made us laugh with his quick asides, someone who urged his contestants to win big, someone who seemed to know more than anyone else we knew and who taught all of us something about the world we live in five times a week.

In a television interview he once quipped that Jeopardy! was a great gig and the money was very good. In a 2014 article, the Hollywood Reporter said Trebek was earning $10 million a year. He earned every penny, usually taping 5 shows each day while the show was in production. In an interview on CNN over the weekend one of the show’s producers let it be known that in Trebek’s last week of work, just two weeks before his passing, they taped 3 shows on one day and then one show each day on the following two days. His last show will air on Christmas day.

Curse of Clara in time for the Holidays