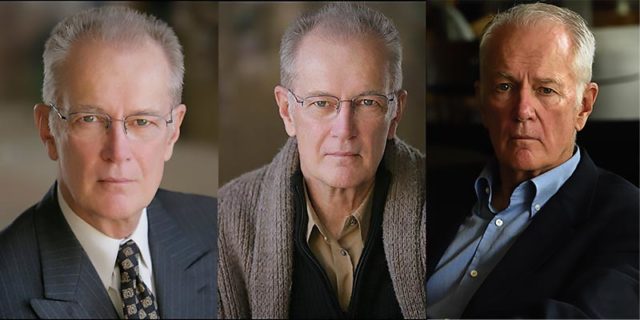 (December 14, 2017) Born in San Juan, Puerto Rico to Canadian parents, Bruce Gray came to Toronto when his parents decided to return home. He was thirteen. Enrolled at Humberside Collegiate he became an honours student and went on to graduate from the University of Toronto with a Masters degree in Psychology before heading to London, England in 1960, in search of adventure.

Here, far from home, he found himself on stage with a young Donald Sutherland in the play Androcles and the Lion at the Mermaid Theatre. He spent a season at Bath as the juvenile lead at Theatre Royal. Two years after leaving home he returned to Toronto and continued to pursue a career on stage playing regional theatre from BC’s The Bastion to the Playhouse in New Brunswick. During this time he also ran Aries Productions with his Toronto partners and played the lead on CBC’s Son of a Hundred Kings and took the role of the young beachcomber in the cultist Strange Paradise series.   In 1968 he was on stage at Buffalo’s Studio Arena and then in Rockford, Illinois, appearing in The Owl and the Pussycat opposite legendary black actress Diana Sands. She introduced him to her influential agent who encouraged him to move to Manhattan, which he did in 1970.

Over the next few years his career blossomed as he was cast in such popular productions as A Shot In the Dark (San Antonio) and The Philadelphia Story (Indianapolis). He played two seasons at the Great Lakes Shakespeare Festival where he sang in a production of Godspell as Jesus and also in The Beggar’s Opera as MacHeath.

Gray became a member of New York’s famed Circle Repertory Company where he created world premiere performances including the title role in A.R. Gurney’s Who Killed Richard Cory? He also played a memorable Osric to William Hurt’s Hamlet in 1979, while simultaneously playing opposite Kim Hunter in the daytime soap The Edge of Night.

In what was more or less a side trip, he returned to Toronto in 1977 so that he could play the lead in the Canadian series High Hopes, but most of his work was south of the border during this period. He moved to Hollywood in 1980 and showed up as a guest star on a number of series including Beverley Hills 90210, Chicago Hope, Murphy Brown, Melrose Place, Nowhere Man, Wings and ER. He had recurring roles on Picket Fences and the Star Trek series, including Star Trek: The Next Generation and Star Trek: Deep Space Nine. In Canada he was known for the five seasons he spent portraying investment banker Adam Cunningham on the TV series Traders which brought him a Gemini Award for Best Performance by an Actor in a Continuing Leading Dramatic Role.

South of the border he is usually remembered for his role as Ted Hartley, Jessica’s harried publisher in the long-running series Murder She Wrote as well as for his roles in various made-for-TV movies like Roswell, The Exxon Valdez Story, Sinatra, LBJ, The Club and Breaking Up.

On the big screen he had a lead role opposite Carol Burnett in Between Friends and principal parts opposite Mark Harmon in Let’s Get Harry and Bette Milder in For the Boys. He was featured in George Clooney’s The Peacemaker and played the President in Spy Hard with fellow Canadian Leslie Nielsen. Other films include Dragnet, Mi Familia and Up Close and Personal with Robert Redford and Michelle Pfeiffer, to list just a few of his impressive list of credits. Earlier this year he worked on the Canadian comedy feature, Don’t Talk to Irene.