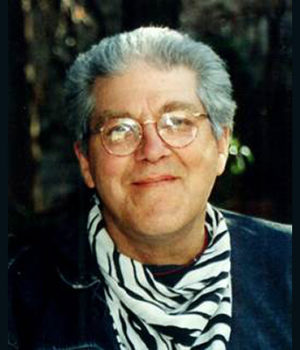 (February 24, 2016 – Toronto, ON) – With the passing of filmmaker Don Owen, Canada has lost one of its cinema pioneers. Owen was 84 when he died in Toronto on February 21.

Born on September 19, 1931, Owen was a trailblazing figure in feature filmmaking at the National Film Board (NFB), writing and directing a pair of groundbreaking films that brilliantly captured the restless spirit of the 1960s: Nobody Waved Good-bye (1964) and The Ernie Game (1967).

Starring Peter Kastner and Julie Biggs, Nobody Waved Good-bye would go on to receive the Robert J. Flaherty Award from the British Academy of Film and Television Arts―typically awarded to documentary works. It was named to TIFF’s Top 10 Canadian Films of All Time list in 1984. Twenty years later Owen directed a sequel titled Unfinished Business.

Starring Alexis Kanner and Jackie Burroughs, and hailed as one of the most innovative examples of personal cinema from English Canada in the 1960s by Cinematheque Ontario, The Ernie Game was a double award winner at the Canadian Film Awards, winning Best Feature Film as well as the award for Best Direction.

Owen would also make some of the NFB’s most creative documentaries of the time, including a pair of 1965 classics: High Steel, a look at Mohawk steel workers that received a Special Youth Prize at the Berlin International Film Festival, and Ladies and Gentlemen… Mr. Leonard Cohen, co-directed with Donald Brittain, winner of a Canadian Film Award.

His genius for storytelling can also be seen in such NFB short works as Runner (1962), a profile of Canadian long-distance runner Bruce Kidd, narrated by W.H. Auden; Toronto Jazz (1963), a vibrant celebration of the city’s music scene; and Notes for a Film About Donna & Gail (1966), the story of two young women, which garnered Owen another Canadian Film Award.

A poet and student of anthropology at the University of Toronto before beginning a career in film, Don Owen first joined the NFB in 1960 as a part of a team of cinematographers working on the cinema direct classics La lutte (1961) and À Saint-Henri le cinq septembre (1962).

Owen was the subject of a retrospective at the 2005 Toronto International Film Festival.

In recognizing his passing, Claude Joli-Coeur, Government Film Commissioner and NFB Chairperson said, “At a time when Canada and the NFB were undergoing sweeping changes, Don Owen brought a new spirit of risk-taking and authenticity to Canadian cinema. His dramatic and documentary films were a bellwether of the times, as Canadians of his age were questioning accepted wisdom, and taking life, art and cinema in bold new directions. I was deeply saddened to learn of his passing―but immensely grateful for Don’s rich artistic legacy, which will live on in trailblazing works of Canadian cinema.”

A few hours after we posted this story we learned of the passing of another prolific and pioneering force in Canadian cinema, Colin Low, who earned two Oscar nominations and inspired the likes of Stanley Kubrick.