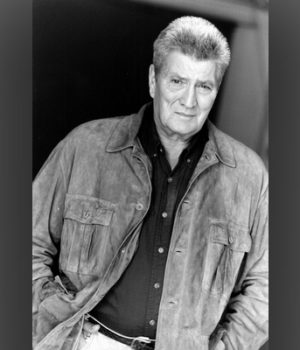 (December 1, 2015 – Toronto, Ontario) – Northernstars.ca has learned of the passing of longtime radio, television and film actor Doug Lennox. Born in Sudbury, he spent his childhood summers on his grandparents farm near Magnetawan, Ontario. He dropped out of school at age 16 after his father died. His first job as a teenager was with a Department of Highways labour gang, manually digging guard-rail post holes along the Trans-Canada Highway. After a stint in the army and then a series of menial jobs, Lennox began his career in radio in 1965.

He spent the 70s at CBC Radio & Television, developing the skills to host and create a number of highly innovative and successful productions, including Touch the Earth with Sylvia Tyson and I’ll be Home: A Maritime Tour with Anne Murray. All during this time, he continued a successful second career both on-camera and as a voice-over actor in the commercial world of advertising. Perhaps his most enduring success was his radio series and the subsequent series of books under the title Now You Know. His 35-year career on television and the big screen amounted to more than 70 credits. Click here to learn more about Doug Lennox.