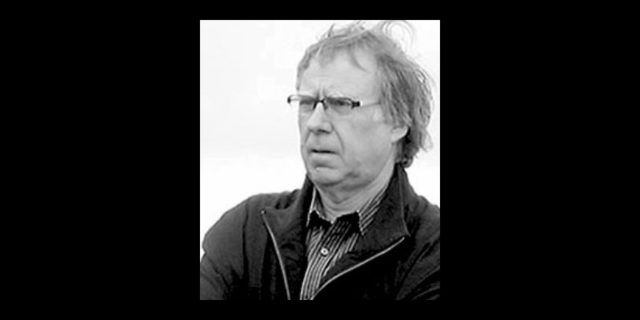 (March 31, 2020) Northernstars has learned via a media release from the National Film Board (NFB) that filmmaker Giles Walker has died. Walker passed away in Toronto on March 23 following a 10-year fight with cancer.

Filmmaker Paul Cowan, a close friend and former NFB colleague, offered his personal remembrances on Facebook on March 26, which included: “I had the privilege of seeing a lot of Giles during nine of the last ten years. He was very sick. Through it all he fought hard and endured much. But he never changed. Sometimes we’d sit and hold hands for an hour saying nothing (I can’t pretend to know what he was thinking, but his grip never faltered). When I said goodbye to him as the ambulance waited to transport him to his new Toronto home last year, his embrace was as strong as ever. As his gurney was loaded, I’m sure I saw the excitement on his face that always signaled he was starting a new production. Good on you Giles. Have a fine shoot my friend.”

Born in Scotland in 1946, Walker began his career in 1974 as a documentary filmmaker with the NFB. He soon made the switch to drama, with his NFB film Bravery in the Field which was recognized with an Oscar nomination for Best Live Action Short Film in 1979.

He was a key figure in the NFB’s development of alternative dramas—films that combined dramatic storytelling with non-professional actors and documentary techniques—with a trilogy on male-female relationships, including the award-winning 1985 NFB theatrical release 90 Days.

His final collaboration with the NFB came in 1990, with the acclaimed NFB/Cinepix co-produced dramatic feature Princes in Exile, about young people with cancer.

Giles Walker distinguished himself in an extensive career in independent film and television, with multiple Genie and Gemini awards. His wide-ranging body of work included the feature drama Ordinary Magic, starring Ryan Reynolds in his first film role; the television series Emily of New Moon; the mini-series Il duce canadese and René Lévesque; and lastly, his 2011 documentary, The Way of Tai Chi.