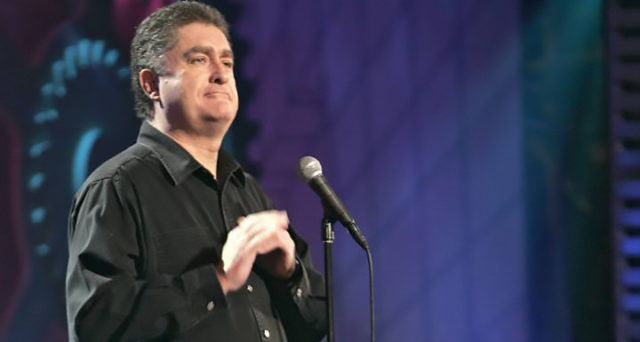 (March 18, 2018 – Toronto, ON) Born in 1954, Mike MacDonald’s father served in the Royal Canadian Air Force and so like other Canadian actors, notably Paul Gross, MacDonald grew up on military bases all over the world. When his dad retired, the family moved back to Ottawa and MacDonald went to that city’s Brookfield High School.

Following graduation he took whatever work came his way but when he turned 24 he started to hone his standup skills in whatever comedy club would give him the chance. As his reputation grew he started getting serious bookings and went on to gain fame thanks to his live performances in clubs all over North America. He was a regular at Just for Laughs Comedy Festival in Montreal and Yuk Yuk’s. MacDonald was also a frequent guest on TV, including The Arsenio Hall Show and the David Letterman Show. He had battled drug addiction and bipolar disorder in his adult life and worked his afflictions into some of his sketches, true to his conviction there is humour in most everything. He also performed for a wide variety of charities — from those that support abused women to others involved with combating mental illness.

In 2011, MacDonald returned to Ottawa from Los Angeles, where he’d been based for two decades. He had a liver transplant in March 2013. One month earlier he had been honoured with a Canadian Comic Legend Award from his peers at Cracking Up The Capital, a comedy festival that raises awareness and money for mental health issues. He’d also been awarded with a special tribute at the Just For Laughs 30th anniversary in Montreal. Between his comedy club and TV appearances, he also wrote and starred in many movies, most notably landing roles in Three Fugitives, The Funny Farm and Mr. Nice Guy, a Jackie Chan film he helped write. MacDonald also hosted the Gemini Awards and the Canadian Comedy Awards.

In 2011, MacDonald announced that he had been diagnosed with hepatitis C. His brother, J.P. MacDonald said that his brother died on Saturday afternoon, March 17, from heart complications at the Ottawa Heart Institute. Mike MacDonald was 63. Some sources state that he born in Canada.