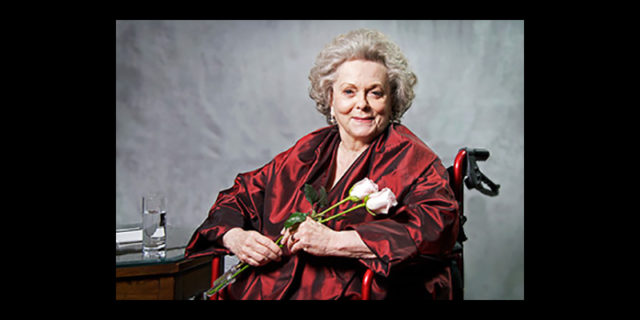 (April 5, 2020 – Toronto, ON) Canadian activist and veteran actress Shirley Douglas has died. Always remembered as the daughter of Canada medicare founder Tommy Douglas, she was also mother to actor Kiefer Sutherland, who announced his mother’s death on Twitter, saying she succumbed to complications surrounding pneumonia. He said it was not related COVID-19. She had turned 86 just three days ago.

“My mother was an extraordinary woman who led an extraordinary life,” said Sutherland. “Sadly she had been battling for her health for quite some time and we, as a family, knew this day was coming.”

Born on April 2, 1934 in Weyburn, Saskatchewan, Douglas worked tirelessly in support of a variety of causes throughout her life, including the civil rights movement, the Black Panthers and the fight to save Canada’s public health care, pioneered by her politician father. In 1965, Douglas married Donald Sutherland, with whom she had two children before they divorced — twins Rachel, a production manager, and Kiefer. Douglas had another son, Thomas, from a previous marriage.

A graduate of the Royal Academy of Dramatic Art in England, Douglas began her stage and television career in England and performed in the U.K., Canada and the U.S. playing such iconic roles as Martha in Who’s Afraid of Virginia Woolf, Oenone in Phaedra, and Hagar Shipley in the stage version of The Stone Angel. She is best known for playing May Bailey on the television series, Wind at My Back, which brought her a Gemini nomination. She won a Gemini for Shadow Lake and was also nominated for Passage of the Heart. She held honorary doctorates from Ryerson University, Brandon University, University of Windsor, and University of Regina. In 2003, she was made an Officer of the Order of Canada and is pictured above when she was honoured with Women in Film and Television’s Crystal Award in 2009. A previous recipient of ACTRA’s Bernard Cowan Award, it was announced in November of 2012 that she would receive ACTRA Toronto’s Award of Excellence in early 2013. She was also an Officer of the Order of Canada, one of the country’s highest honours.