Any article written about actor Callum Keith Rennie since his star-making turn in Bruce McDonald’s Hard Core Logo has tended to focus on the rather juicy tidbits of his past. Considering his most memorable roles, it seems that all of the drinking, brawling and unsavoury companions has helped Rennie carve out a niche for himself.

The man occasionally referred to as “the Canadian Brad Pitt” or “Canada’s James Dean,” was born in the industrial city of Sunderland, England, on September 14 1960. When he was four years old, his family moved to Edmonton, Alberta. As a teenager, Rennie attended Strathcona High School where he befriended future Kids in the Hall star Bruce McCulloch. During the late 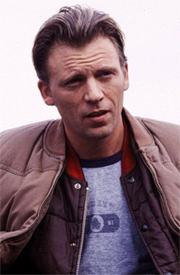 1970s he discovered the punk movement and even sported a mohawk on the middle-class streets of Edmonton for a short time. While at school, he considered both mountaineering and acting as career options, but decided against the latter, considering it an arrogant and vain profession.

Two weeks into his first year at the University of Alberta, his student loan arrived. Seeing his bank account leap from two to four figures overnight, Rennie decided to leave school, buy a truck and go fishing for a couple of months. After the money ran out, he returned to Edmonton and supported his mountaineering habit through a series of odd jobs, including laying railroad tracks, bartending and digging ditches.

In the early 1980s, some friends who had a radio show at campus radio station CJSR asked him to write for and join the cast of a radio show inspired by the British Goon Show. He had been increasingly more and more drawn to the world of acting since dismissing it during his punk rock days, and accepted their offer. This job led to other jobs writing and producing, as well as acting in a play at the A.B.O.P. Theatre in Edmonton. In 1985, Rennie appeared as Bobby, in David Mamet`s critically acclaimed American Buffalo at that year`s Edmonton Fringe Festival. Finally, at 25 years old, the acting bug had fully bitten him.

Rennie decided to move to Toronto to pursue his newfound career, but without a clue as to how to go about becoming an actor, he floundered and fell in with a bad crowd. He ended up in Vancouver on a drug deal that went wrong, and not wanting to return, he stayed where he was. He found a number of low-paying jobs, acted in plays and lived on unemployment insurance off and on for a number of years.

Eventually he enrolled in acting classes at the Bruhanski Theatre Studio and after performing in the play Lost Soul and Missing Persons, Rennie was invited to work at the 1990/91 Shaw Festival in Niagara-on-the-Lake. After his festival stint he returned to Vancouver.

Rennie had been a heavy drinker since he was a teenager, and increasingly alcohol was becoming a destructive part of his life. He would start work on a play, get restless and fly to England or take a bus to Seattle in the middle of rehearsals.

That all changed in 1993, when he was involved in a barroom brawl that sent him to the hospital with a shard of glass embedded in his left eye. His retina was slightly damaged, affecting his sight, and resulting in his having to wear glasses, but the shock of possibly losing an eye made him decide to quit drinking. He has been sober ever since.

That same year he appeared on the series Highlander, in an episode aptly titled “An Eye for an Eye”, and in two short films, Purple Toast, and Mike Hoolbroom`s critically acclaimed Frank`s Cock, which won Best Canadian Short Film at the 1994 Toronto International Film Festival.

Television and film roles began pouring in. He was the first actor offered the role of Alex Krycek on The X-Files, which he turned down but suggested actor Nicholas Lea in his place. Lea went on to play the role for six years. Rennie did, however, accept a small role on an episode of The X-Files in 1994, as well as on Lonesome Dove and The Commish. He also appeared in the made-for-television movie Paris or Somewhere alongside Molly Parker, and in small roles in the films Timecop, Valentine`s Day, Still and The Raffle. Double Happiness was the film that made Sandra Oh a star, and his performance as her character`s non-Korean boyfriend, earned him a nomination for Best Supporting Actor at the 1994 Genie Awards.

After the success of Double Happiness, the offers increased and Rennie worked steadily through 1995. He continued to appear on episodes of series such as Forever Knight, The Outer Limits and Highlander and The X-Files. He was cast in small roles in a number of made-for-television movies, including The Omen, and Little Criminals. He also appeared in John L’Ecuyer`s Curtis`s Charm, in which he played a recovering addict with a startling conviction. The movie was based on a Jim Carroll short story and received rave reviews, including winning a Special Jury Citation at the 1995 Toronto International Film Festival.

Building a name for himself within Canada for his string of intense performances, the roles and accolades kept coming. He starred in the acclaimed made-for-television movie For Those Who Hunt the Wounded Down as Jerry Bines, a father trying to save his son from leukemia and outrun his troubled past at the same time. Rennie was nominated for a Gemini Award for his work. He was also nominated for a Gemini Award for his guest appearance on the series Side Effects and won the Gemini for Best Performance in a Children`s Series for his role as Johnny Johansson on the series My Life as a Dog. He reunited with Mike Hoolboom for the

Now that he was one of the most in-demand actors in Canada, Rennie continued to work steadily in films such as Men with Guns and Excess Baggage, and in two episodes of the 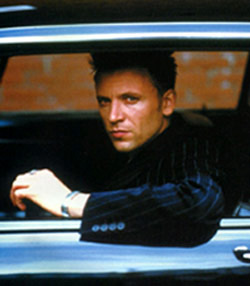 series Nikita, as Peta Wilson`s love interest. In 1997, he joined the cast of the hit series Due South as Detective Stanley Kowalski. He was lauded for his “disaffected intensity and hungover good looks,” which added an edge and hipness to the otherwise earnest series and he was once again nominated for a 1999 Gemini Award.

Eccleston, Sarah Polley and Don McKellar. eXistenZ was nominated for Best Picture at the 2000 Genie Awards. He also appeared in The Life before This (1999) and The Highwayman (1999), and won a recurring role on CBC`s award-winning series, Da Vinci`s Inquest, as Detective Bobby Marlowe.

In 2000, Rennie decided to follow the path of many of his Canadian colleauges and make the pilgrimage to Los Angeles, where he found a place to live and got a Hollywood agent. He stayed for only a year-and-a-half, though he returned to Canada often to visit friends and family, and to work in two films, The Last Stop, with Adam Beach, and Lynne Stopkewich`s Suspicious River. In that film he co-starred once again with Molly Parker , this time as a sadistic and cruel lover. The British Columbia Film and Television Association rewarded him with the 2001 Leo Award for Best Actor.

While the time he spent in Hollywood was largely frustrating, Rennie was able to secure one significant Hollywood role in 2000`s groundbreaking Memento. Though he played a small role as a thug called Dodd, he was part of what is considered one of the most important films of the new century.

When Rennie returned to Canada, he reunited with director and friend Bruce McDonald to appear in noirish Picture Claire (2001), as yet another malevolent thug. The film premiered at the 2001 Toronto International Film Festival, but was unable to find a distributor, and was 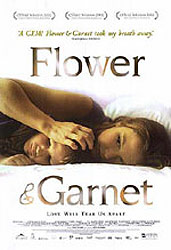 eventually released on video. That same year Rennie appeared in the miniseries Dice, about the obsessive gambling psyche, and the made-for-television movie Trapped, a thriller about a group of strangers trapped when their hotel catches on fire.

The year 2002 brought more work on the small screen. First as a detective in Torso: the Evelyn Dick Story (which won the Gemini for Best TV Movie), then a guest appearance in the provocative Showcase series Bliss. He also had a variety of small roles on episodes of Dark Angel, Mutant X, The Dead Zone and The Eleventh Hour.

Rennie also appeared in the dramatic contemporary romance Now & Forever, with Adam Beach and Mia Kirshner, and the straight-to-video Slap Shot 2: Breaking the Ice. But it was his remarkably understated and heartbreaking performance in the acclaimed drama Flower & Garnet as Ed, a widowed and withdrawn father of two, which really stood out. Flower & Garnet won a number of awards, including the Claude Jutra Award for director Keith Behrman at the 2003 Genie Awards.

Callum Keith Rennie claims that acting saved his life and credits it for helping him to escape the downward spiral that his life seemed to be heading. It is however, his past which allows him to play rumpled detectives, addicts, rock stars and thugs with such integrity and conviction.

This biography is Copyright © 2003 by Northernstars.ca. Click here for more information about copyright,