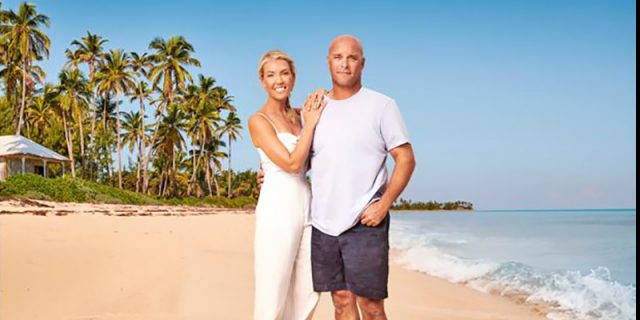 (May 8, 2020 – Toronto, ON / CNW) You might already know the show as Island of Bryan but its name is changing for audiences south of the border. Retitled Renovation Island for the U.S. market, the series follows Bryan and Sarah Baeumler (pictured above) as they navigate the biggest renovation of their life; rebuilding and restoring the beachfront resort Caerula Mar Club in the Bahamas, with their four children in tow.

This is a landmark deal for the Canadian series as Season 1 and Season 2 have been picked up by the U.S. channel HGTV, which is owned by Discovery, Inc. Season 1 of the Corus Studios original hit is set to premiere in the United States on Sunday, June 7 at 8 p.m. ET/PT on HGTV. In Canada, the first season of Island of Bryan became the most-watched series on the network in the past 10 years. Now U.S. audiences will experience Bryan and Sarah’s story and their spectacular vision.

“Coru Studios focuses its strategy on developing engaging content with compelling storytelling and loveable characters,” said Lisa Godfrey, Vice President of Original Content, Corus Entertainment. “This series offers the essence of both these values, along with a storyline of escapism, family dynamics and outstanding reveals that will capture viewers and have them coming back for more, week after week. We are thrilled to see Corus Studios content expand to the U.S. market and look forward to seeing this record-breaking series build momentum across North America.”

Established in 2015, Corus Studios, a division of Corus Entertainment, is a premium content studio that develops, produces and distributes a wide array of original lifestyle, unscripted and factual content globally. Offering dynamic programming that entertains, informs and drives audiences across platforms, Corus Studios content is featured across Corus’ suite of channels, including HGTV Canada, HISTORY®, Food Network Canada, and SLICE™. To date, Corus Studios content has been sold in over 150 territories worldwide.