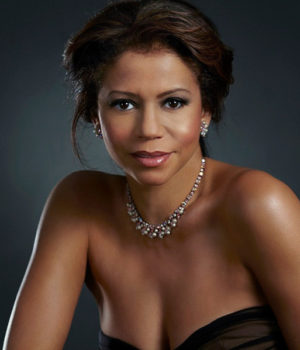 Gloria Reuben is a Toronto-born singer and actress best known for her role as Jeanie Boulet in the American primetime series ER. Her mother, an accomplished gospel singer, encouraged Gloria to pursue her creative talents. She began learning piano as a child and later studied music technique and theory, ballet and jazz at Toronto’s Royal Conservatory of Music. As timed passed she got into modeling and was one of the hosts on TVOntario’s long-running children’s series Polka Dot Door in 1985.

Reuben relocated to Los Angeles in 1988, and her break came when she joined the cast of ER in 1995 as the HIV+ health care professional Jeanie Boulet. She was a guest star throughout season one and was elevated to full-time cast member at the beginning of season two. She continued that role until early season six, when she left the show. In 2008, she returned for one episode during its 14th season. The role garnered her two Emmy Award nominations (in 1997 and 1998) and a Golden Globe nomination (1998). She was chosen by People magazine as one of the 50 most beautiful people in the world in 1996. In 2000, she sang back-up for Tina Turner on her Twenty Four Seven tour.

She starred as FBI agent Brooke Haslett in 1-800-Missing (2003-04) and Rosalind Whitman in the TNT series Raising the Bar (2008-09). She has also guest-starred in Law and Order: Special Victims Unit, The Flash, Homicide: Life on the Street, The Agency, Jesse Stone: Innocents Lost and Jesse Stone: Benefit of the Doubt (nominated for a 2013 Black Reel Award for best supporting actress). Her film credits include 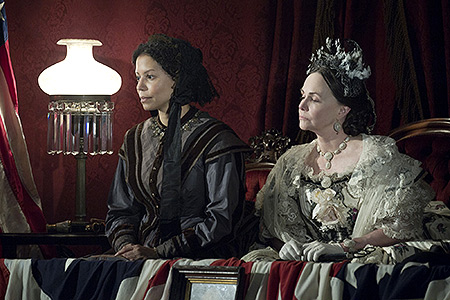 In 2012 Reuben portrayed Elizabeth Keckley (a freed slave who was Mary Todd’s personal dressmaker and confidant) in Stephen Spielberg’s Oscar-winning Lincoln, and her portrayal of the character has received critical praise. Her portrayal of Condoleezza Rice in David Hare’s play Stuff Happens (at New York City’s Public Theater) garnered her a Lucille Lortel Best Actress Award.

Reuben is also a committed social activist. She is a special advisor on climate change for the Alliance for Climate Protection, Al Gore’s environmental organization. She is on the board for the National Wildlife Federation, along with being on the Leadership Council for the Natural Resources Defense Council and Waterkeeper Alliance. She is on the Leadership Council for the RFK Center for Justice and Human Rights, and Reuben serves on the board for the Sexuality, Information and Education Council of the U.S.