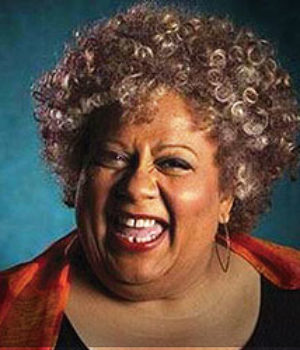 Born in the United States, Jackie Richardson made her home in Canada from a very young age and grew up in Richmond Hill, just north of Toronto. She began her career at the age of 7 singing in her church choir and by time she turned 17, she was fronting her first group. Later she would be a regular performer at Canadian Armed Forces bases across Canada, throughout the South Pacific, and the Far East. Those who know anything about the family probably expected the young girl to break into song as soon as she could talk. It seemed to be in her genes. Her grandmother listened to gospel, her mother was a big Frank Sinatra fan and her father sang jazz.

Since those early years, Jackie Richardson has become one of Canada’s most highly regarded stars of gospel, jazz, and blues. She is also well known for her of stage, screen, and studio work. Possessing a powerful yet supple voice she seems perfectly matched with her vibrant stage presence. Over the years she has been honoured for her work with awards and nominations for JUNOs, Geminis, Jessies and Bessies, Maple Blues and a Canadian Black Achievement Award for the Arts. In 2004 she was given the South African Women for Women Friendship Award. Her unforgettable roles have ranged from Dora award-winning theatre performances in Ain’t Misbehavin’ and Cookin’ At the Cookery: The Music of Alberta Hunter; film performances in Turning to Stone and Sins of the Father; as well as her role as the appropriately named Jazz on the incredibly popular children’s TV series Doodle Bops.

Continuing the name dropping, in 1996, Richardson contributed to the Joe Sealy recording, Africville Suite, a project that continues to be performed live as Africville Stories across Canada. She released her debut CD, A Woman’s View Through a Child’s Eyes in 2003 and made a guest appearance on the album Norm Amadio and Friends, which was released in 2009. She also appeared on Peter Appleyard’s 2012 recording Sophisticated Ladies. Speaking of good company, Joe Sealy is an Order of Canada recipient.

We began this brief profile mentioning the influence of Jackie Richardson’s family on her career. That tradition continues with her daughter Kim Richardson who signed with A & M Records when she was 18 and whose first single, He’s My Lover, was honoured with a Juno Award for Most Promising Female Vocalist in 1986. The two women often perform together usually at fund-raising events.

Jackie Richardson’s connection to the community was established long before the easy phrase of Paying it Forward was invented. For example, in September of 1992, she helped to promote the James Robinson Johnston Chair in Black Canadian Studies, a worthwhile cause that benefits African Canadians in the field of higher education, history, culture and research.

This biography is Copyright © 2014 by Northernstars.ca and may not be reproduced without prior written permission. Click here for more about copyright.