On July 3, 2001, Canada lost one of its most respected novelists. The entire nation both mourned the passing of Mordecai Richler and celebrated his life. Richler wrote numerous best-selling novels, a number of essays, articles and non-fiction books, and was a passionate voice in the debates over Québec’s potential separation from Canada. He also wrote 14 successful screenplays for television and film, which is why he is part of the Northernstars database.

Richler was born on January 27, 1931 on St. Urbain Street in Montréal, and raised into a working-class Jewish family. This setting would provide fuel for much of his literary work, as he painted a vivid pictureof life as a Jew in Montréal at a time when there was considerable anti-Semitism.

He attended Sir George Williams University in Montréal, but left before completing a degree. He wrote his first novel, The Acrobats, at 23 years old in 1954 and three years later had completed two more, Son of a Smaller Hero (1955) and A Choice of Enemies (1957). In 1957, he co-wrote his first screenplay (with Lewis Greifer), which was made into a short entitled Insomnia Is Good for You, starring British comic Peter Sellers. 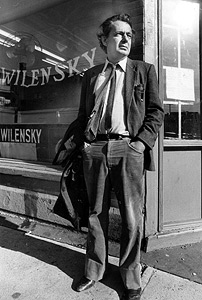 In 1959, Richler left Canada to live abroad. That same year he published a novel entitled The Apprenticeship of Duddy Kravitz, which brought him a great deal of acclaim, and became a best seller. He worked as a freelance writer in London, England writing scripts for radio and television. Mordecai co-wrote the script for the beloved British film A Room at the Top (1959), though he wasn’t credited for it. In 1960, Richler met and married Florence Wood, a Québecois model for Christian Dior, in Paris.

While living in London, and Paris, he co-wrote the scripts for No Love for Johnnie (1961), Tiara Tahiti (1962), the first of many Richler scripts directed by Ted Kotcheff, The Wild and the Willing (1962) and Life at the Top (1965). He had developed a flair for working-class characters and stories, which fit well with the types of films being made in England during the early 1960s. In 1962, he published his fifth novel The Incomparable Auk.

Before returning to his beloved Montréal in 1972, homesick for “blizzards, hockey, smoked-meat sandwiches,” he published two more novels, Cocksure (1968) and St. Urbain’s Horsemen (1971), both of which won the Governor General`s Award.

Upon returning to Canada, Richler was introduced to the issue of separatism by the rising power of the Parti Québecois. At first, he was sympathetic to its cause, but became increasingly angered by the party’s draconian means of implementing its French-language policies. He began more and more to turn his considerable wit toward satirizing the separatist movement. In fact many of the arguments he presented in his essays and articles since 1972 provided fuel in the debates culminating in the unsuccessful referendums of 1980 and 1995.

In 1974, The Apprenticeship of Duddy Kravitz was made into a film starring Richard Dreyfuss as the title character who struggles to rise above his working- class roots and the anti-Semitism that dogs him on his way. Richler helped to adapt his novel for the screen, and was nominated for an Oscar for his efforts. He also shared a Writers Guild of America Award for Screen Writing with his co-writer Lionel Chetwynd. Duddy was directed by Ted Kotcheff and featured many Canadian actors in smaller roles, including Joseph Wiseman as Uncle Benjy.

By 1975, Mordecai Richler was married and had five young children, who urged him to write something for them. Jacob Two-Two Meets the Hooded Fang began as a bedtime story, and went on to win the 1976 Canadian Library Association Book of the Year for Children Award and the 1976 Ruth Schwartz Children`s Book Award. Jacob Two-Two Meets the Hooded Fang was made into two films, the first in 1979 and again in 1999. The story of Jacob, who was two-plus-two-plus-two-years-old and had to repeat everything twice in order to be heard, has been translated into French, Dutch, German and Finnish. In addition to books it has been recorded, read on the radio and adapted into a musical. 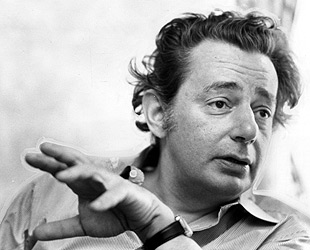 The following year, Richler’s short story “The Street” was adapted into a short film by the National Film Board. The Street (1976) told the story of a Jewish family in Montréal caring for a dying grandmother, and the little boy who grows impatient waiting for the room promised to him when she dies. The Street was nominated at the 1977 Academy Awards for Best Animated Short.

Richler co-wrote the script for the comedy Fun with Dick and Jane in 1977. The film starred George Segal and Jane Fonda as a wealthy couple who are suddenly forced to go on unemployment and eventually become thieves in order to maintain their way of life. Then, in 1979, he won a Genie Award for his screenplay for the television drama The Wordsmith (1979).


The following year saw the release of his novel Joshua Then and Now, which became another best seller for him. It was made into a movie in 1985 starring James Woods. Joshua Then and Now (1985) is allegedly Richler’s autobiography, detailing the life of a young Jewish boy as he grows up in Montreal, moves to London and becomes a writer, only to be disillusioned when he returns to Montréal. Joshua Then and Now was nominated for 12 Genie Awards, including one for his screenplay adaptation. It took home five trophies.

In 1985 the unabashedly autobiographical Home Sweet Home: My Canadian Album was published. It was a compilation of stories, essays and memoirs of Richler’s beloved Canada.

Mordecai Richler wrote two sequels to the best-selling Jacob Two-Two Meets the Hooded Fang. Jacob Two-Two and the Dinosaur was published in 1987, and Jacob Two-Two and the Great Spy Case in 1995, winning the prestigious Mr. Christie’s Book Award, for the best English book for readers age eight to 11. In 2003, Jacob Two-Two, was brought to life on the small screen in a children’s television program on YTV.

His tenth novel, Solomon Gursky Was Here, was released in 1989, the non–fiction This Year in Jerusalem in 1996 and his last novel, Barney’s Version in 1997. Barney’s Version won the 1997 Giller Prize for Fiction, and the following year the Canadian Booksellers Association awarded Mordecai Richler the 1998 “Author of the Year” award. Richler set about turning the book into a film script, but his version didn’t find a home and many believed the novel could not be turned into a movie.

It was announced in 2009 that producer Robert Lantos would bring Barney’s Version to the screen in a film starring Paul Giamatti as the titular Barney Penofsky and one year later the film was released making its Northern American premiere at the Toronto International Film Festival following it’s world premiere in Italy.

In 1998, at the age of 67, Richler had a kidney removed in his battle against cancer, which he had been struggling against for some time. Three years later he passed away, having been made a Companion to the Order of Canada only a few months before.

His five children have grown into successful and intelligent creatives, just like their father. In 2010 the renowned author and screenwriter was profiled in the documentary Mordecai Richler: The Last of the Wild Jews.

This biography is Copyright © 2011 by Catherine Solmes and may not be reproduced without prior written consent. For more information about copyright, click here.