(July 16, 2017) “Whatever else separates us, music has a universal language to allow us to open up a bit more to each other and also to history that we don’t know, or might not even like,” says Marie Clements, Métis/Dene director of The Road Forward, which opened at the Vancity Theatre Friday July 14.

She describes her rousing feature as a “hybrid music documentary”. The opening sequence, Indian Man is a catchy anthem that feels like a rock video and sets a tone of active engagement that can be felt throughout.

As recently as the 1930s it was illegal for native peoples to gather and organize. The Native Brotherhood and Sisterhood formed and launched the Native Voice, the first Indigenous run paper in Canada. It quickly became a network for First Nations communities. The word agency springs to mind, watching how the men and women of the groundbreaking newspaper defied conventions and told the stories of their communities on their own terms.

As our conversation unfolded in a small meeting room at the Vancouver offices of the National Film Board, Clements spoke eloquently about the craft of storytelling and the challenges of remaining focused and optimistic while getting momentum for projects.

The Road Forward has evolved from a ten minute stage performance during the 2010 Olympics, to a full production with the Vancouver PUSH festival and now, a theatrical documentary. Part of what kept her galvanized was discovering how many of the contributors to the Native Voice were women.

“What I found really energizing was a lot of them were women. It’s very rare to see a woman in news having a place at the table that’s really solid and making decisions and making their marks on stories,” she explains, adding the writers, editors, and photographers that assembled 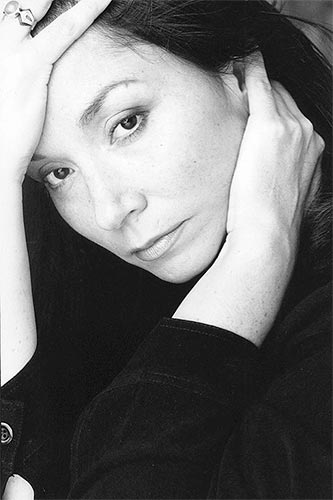 the paper brought something fresh to the media landscape never seen before. ”Native writers documenting our reality over 60 years is pretty phenomenal,” she says.

“In some ways I wanted to grab onto this feeling that there’s a velocity and acceleration when you’re reading information that propels you. Whether you’re motivated emotionally by it or you’re outraged or angry about it,” she says. “I wanted to be able to create that energy in the storytelling.”

The Native Voice functioned far beyond news stories. Clements notes it felt right to tell the history through song “I felt that if these Native activists that formed a paper and brought their stories in word to the paper and the voices of their communities to the paper, then it made sense to work with leading Aboriginal musicians and vocalists who were also bringing their voice in their own work to create change through their music.”

At the Reel Causes screening on June 8th, which benefited the Lu’ma Native Housing Society, a full house responded with gusto and applause as the credits rolled. At the time, Clements was in the U.S. filming a documentary of Edward Curtis, the legendary photographer of Native American peoples.

The Road Forward includes such landmark events as the Constitution Express. On November 24, 1980 nearly a thousand people boarded trains bound for Ottawa, making stops at communities along the way. They were successful in ensuring that Aboriginal rights were maintained and elevated awareness beyond their own communities to the national and international level. This grassroots campaign brought about real change and the footage is compelling and rousing to watch.

Clements also focuses on missing and murdered women, telling the heart wrenching stories of vanished sisters through visceral song. It’s hard to watch and some audience members sniffed back tears and shuffled their feet in discomfort. Clements’ background in theatre shines through here as she deftly conveys the anguish through song. It has a searing and haunting impact.

Part rock opera, part historical context, and part call to action, The Road Forward is a singular and necessary film that highlights the exquisite power of community, hope, and story.