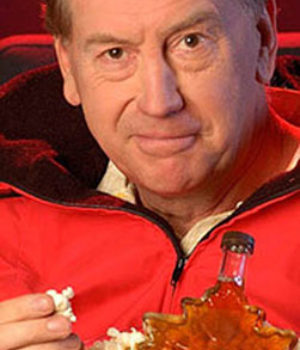 Peter Rowe is a filmmaker working in the fields of features, television and documentaries, as a director, producer and writer.

Writing about his documentary feature, Popcorn with Maple Syrup, The Globe and Mail`s John Doyle said it was “a jaunty, packed chronicle of the history of film in Canada, brimming with biting sarcasm,” and the Toronto Star called it “first rate with dazzling energy.”

But then Rowe is used to good reviews. It happens when you do good work. For example, his take on the classic story Treasure Island, which starred Jack Palance, Kevin Zegers and Patrick Bergin, was released as a Family Classic by Columbia-Tristar Pictures. It won a Gold Medal at the Worldfest Film Festival and a Silver Medal at the Houston Film Festival, and has been shown on HBO, Sky-TV and TMN. His made-for-television movie, The Best Bad Thing picked up a Best Film Award and Best Actress Award for its lead, Kirin Kiki, at the Montréal Children`s Film Festival. Other features 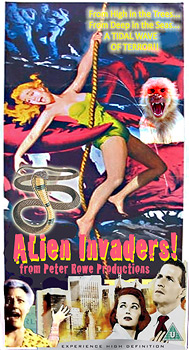 include Lost!, Take Two and Personal Exemptions. Right Hook: A Tall Tail, a short film made for Bravo! and CBC played theatrically in Canada, and won audience popularity awards at both the Sydney and Dawson City Film Festivals.

He is also used to controversy. His documentary Beyond the Red Wall: The Persecution of Falun Gong got worldwide attention when the Chinese government attempted to prevent the CBC from broadcasting the film.

His film Samuel Cunard: Bridging the Atlantic was nominated for Best Documentary in the Directors Guild of Canada Awards. His 2001 biography Joshua Slocum: New World Columbus won the Gold Special Jury Award at the HoustonFilm Festival and the Bronze Plaque at the Columbus Film Festival. Other documentaries include a Canadian Geographic special for Discovery Channel called Dance of the Sea Otter, as contributing producer, Sharks of the Great White North, also for Discovery Channel, and a special for Global on The Offshore Grand Prix of Canada. The series he produced and hosted for CHUM’s The New Net, Exploring under Sail, has won several awards and had wide distribution in Europe, Canada and the U.S.

Rowe has also directed episodes for a large number of series. The difference between a feature and a television show is that directors have all the same pressures, far smaller budgets and fixed deadlines, yet some of Rowe`s best work can be seen on the small screen for programslike Black Harbour, Fast Track and E.N.G., which has been seen around the world and forwhichhe received a Gemini Award nomination for Best Series Direction. Other series workincludes African Skies, Lassie, The 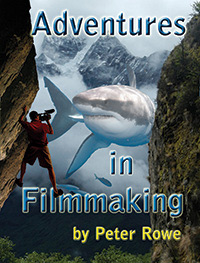 Adventures of Black Stallion, Pit Pony, Katts ‘NDog, My Life as a Dog and Ready or Not. He also directed episodes of the remake of the comic horror classic The New Addams Family.

Rowe`s adventure series, Angry Planet, which was filmed and broadcast around the world ran for 39 episodes, ending in 2010. Tireless, Rowe turned his attention to a newconcept. The fact that everything around us is on the move. Anyone living in Southern Ontario with enough intelligence to watch the occasional newscast should be able to recall stories about the invasion of the Asian Carp, an imported fish that ecologists predict will wipe out native species if it makes its way into the Great Lakes. Then there`s The Invasion of the Bed Bugs, from New York to Toronto to London to Kuwait and beyond. The 2011 production is a pilot for a proposed series that looks at invasive animals, plants and parasites around the world. Rowe`s timing is impecable.

A member of the Explorers Club, Reporters Without Borders and the Writers Guild of Canada, Peter Rowe served as chairman of the Directors Guild of Canada-Ontario from 2000 to 2003. He has taught post-graduate film production at Sheridan College and has been on the Board of Directors of the Whistler Film Festival. Rowe also occasionally works as an actor. Most recently, he played American writer Hunter J. Thompson in the TV biography series, Final 24.

In 2013, Rowe published Adventures in Filmmaker, a memoir about his days behind the camera. It is available online from Amazon.com.

This biography is protected by Copyright and may not be reproduced without prior written permission. For more information about copyright, click here.