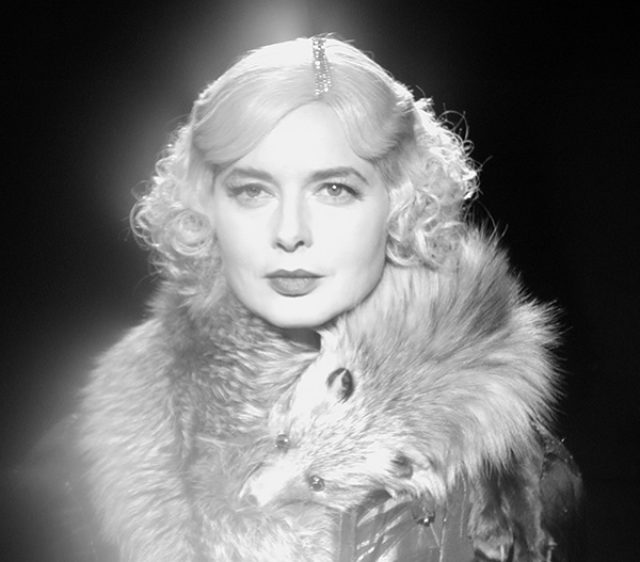 I spoke to the international beauty, Isabella Rossellini, on the set of The Saddest Music in the World.

P.V. I grew up thinking of you as a glamorous movie star, so I was surprised to read that it took you a long time to be accepted as an actress.

Well, I still don’t think I’m completely accepted. I think sometimes I’m self–deprecating. And there is some truth to this. Someone will say to me, “What is your job?” Well, I think my job is to be a celebrity. And the reason why I’m a celebrity is a combination of things. Yes, I’ve been an actress, but also I’ve worked as a model. My face is very familiar. Then obviously I’m Ingrid Bergmann’s and Roberto Rossellini’s daughter and that adds to the mystic. A combination of these things made me a celebrity. I wish I was known for something that I’d done, but I think that’s just the way it turned out.

P.V. But you seem to be choosy with the roles you take, favouring independent films, such as Blue Velet and Big Night.

Probably. My modelling work pays me very well, so I can afford to do the films I like. Coming from a family like mine, I grew up thinking that film was sort of a religion. I really only recently realized that it wasn’t that important [she laughs]. I had a strange perception, and it was important to me that I had respect for every film I made.

P.V. What did you think when you first saw the tape of The Heart of the World?

It’s incredibly dense and yet it flies in front of your eyes. It’s almost as if cinema has collapsed in these six minutes and you’re left with the impression of this art form that characterized the last century. The power of it is so strong. I needed to see more of his work and so I looked at Careful. Then I was absolutely sure. In Careful there were other dimensions in the storytelling that were comical in an awkward sort of way. It’s very ironic, very funny and at the same time you cringe. It’s a story about incest. You say, “What am I laughing at? How is he capable of making me laugh about this?”

P.V. Guy Maddin is also known for giving his films a very painterly look. Has working on this film been more like modelling than acting?

Actually, it’s funny. Looking at some of his other films, I thought it was going to be more like modelling. It seemed to me they were almost like moving photographs. A lot of the acting was really posing, but in the end I used more of my acting ability than my modelling ability. There was more acting in it than I suspected.

P.V. Is this your first time in Winnipeg?

I came once before, when I received Guy’s script. I asked if I could go to Winnipeg to meet him. He’s a great artist and a very charming person. He was very kind. There are many ways to direct and some directors direct out of fear or out of authority. Guy does it with charm, so you’re ready to do anything for him. He always seems to be walking on eggshells. There’s a fragility about him 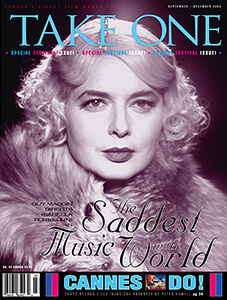 P.V.When Tales from the Gimli Hospital came out a lot of people compared him to David Lynch. Having worked with both directors, what’s it like on the other side of the camera?

It’s hard to tell. Both of them are very funny, very kind. I haven’t seen David in such a long time. We shot Blue Velvet nearly 20 years ago, although I talk to him on the phone occasionally. When I did Blue Velvet I was conscious of working with somebody who was reinventing ways to make a film, and it maybe works or maybe doesn’t work. But you know there is a serious, wonderful attempt. I think the same here. Working with Guy is working with somebody who is reinventing how to make films, like Hitchcock’s editing or my father’s neo–realism.

This interview originally appeared in Take One, Issue 43, in September of 2003. Northernstars.ca acquired the archives of Take One in 2007.