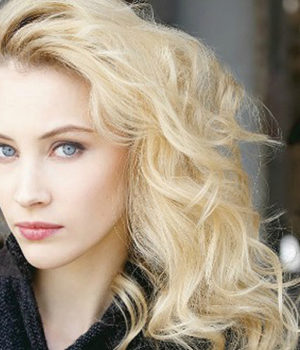 The story follows Grace Marks, a poor, young Irish immigrant and domestic servant in Upper Canada who, along with stable hand James McDermott, was convicted of the brutal murders of their employer, Thomas Kinnear, and his housekeeper, Nancy Montgomery, in 1843. James was hanged while Grace was sentenced to life imprisonment. Grace was one of the most enigmatic and notorious women of her time for her supposed role in the sensational double murder, but was eventually exonerated after 30 years in jail. Her conviction was controversial and sparked much debate about whether Grace was actually involved in the murder or merely an unwitting accessory.

The six-hour mini-series, inspired by the historical true story, is written and produced by Sarah Polley (Take this Waltz, Away from Her) and directed by Mary Harron (American Psycho, I Shot Andy Warhol). Alias Grace is scheduled to begin shooting in Ontario on August 15 and will be broadcast in Canada on CBC and will stream everywhere globally on Netflix.

Alias Grace is co-commissioned by CBC and Netflix, produced by Halfire Entertainment and created by Sarah Polley. The executive producers are Sarah Polley, Mary Harron, and Noreen Halpern. Producing alongside Polley is D.J. Carson. Published in 1996, Margaret Atwood’s Alias Grace was awarded the Giller Prize and was shortlisted for the Booker Prize.