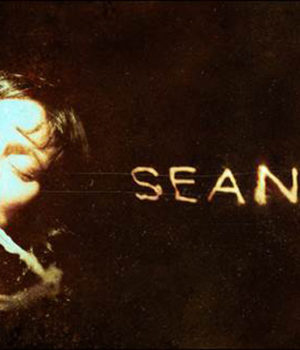 (April 27, 2016 – Toronto, ON) He is one of Canada’s most respected and quirky filmmakers. Winnipeg-based Guy Maddin has gathered an international following and won awards and recognition for his films and his non-big screen productions. Now, working with co-creators Evan Johnson and Galen Johnson, and the National Film Board of Canada, viewers will have a chance to experience a new way of consuming film narrative in a ground-breaking production that uses as its foundation the ability of computers to generate data-driven cinematic storytelling.

Maddin has long been haunted by the idea that 80 percent of films from the silent era have vanished. And so this new production is titled Seances and it has to do with ghosts… sort of. As Guy Maddin explains, “Almost every director working in the first half‐century of film history has lost at least one film to the quirks of fate. These lost works remind me of ghosts. It’s easy to equate these films long gone missing, which exist forensically only in the form of a few production stills and some old Variety reviews, as restless spirits that haunt us. The landscape of cinema history is thronged with their likes, tormenting us with their promise of a return, of their warm

refulgent brilliance restored to us, as in a miracle. There will never be the kind of closure the discovery of a dead body can bring to a family. These films will never be declared dead with any certainty, they will continue to haunt us with the possibility of their return. These lost film titles are the ‘hauntings’ we hope to invoke with Seances.”

Launching online as well as at the Tribeca Film Festival’s Storyscapes program as an installation-based experience, Seances dynamically assembles re-imagined lost films in never-to-be-repeated configurations. It spans a vast historical breadth, from early cinema all the way to present day, with its impressive and unique application of technology, and along the way achieves unexpected profundity and a surprising depth of emotion. It’s humorous and touching and gripping and gorgeous; a testament to ephemerality in the age of the Internet―for each time users conjure up a new Seances film for a single film experience, they also participate directly in its eternal loss.

Festival-goers at Tribeca took part in this collective cinematic séance, through the interactive installation at the Tribeca Storyscapes Exhibit and Lounge at Spring Studios. This unique communal on-site experience utilizes two 55-inch touch-screen displays and features three interactive screenings every hour. The installation will come to Canadian cities later in 2016.

Seances is a collaboration between the NFB’s North West Studio and Digital Studio, and is produced for the NFB by Alicia Smith and Dana Dansereau, with David Christensen and Loc Dao as executive producers.