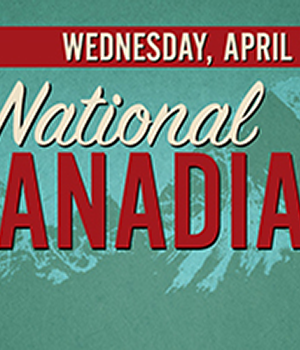 (April 20, 2016) It’s always Canadian film day here at Northernstars but we gladly support the annual national celebration that offers Canadians a chance to see a free movie at theatres from coast to coast. We have previously reported on a few events including one by the Cabbagetown Short Film & Video Festival and another at the Vancity cinema in Vancouver.

The following link will take you to an extensive list of movies and may take a moment or two to load, but the wait will be well worth it. From Canadian classics like Meatballs playing at The Hintonburg Public House in Ottawa to Xavier Dolan’s award-winning Mommy at the Millennium Library in the Winnipeg Public Library to Ninth Floor, a film about the infamous Sir George Williams riot in Montreal some four decades ago playing at the Newfoundland Independent Filmmakers Cooperative (NIFCO) in St. John’s, there’s an amazing and highly diverse list of films that truly illustrates the depth and breadth of the talent of Canadian filmmakers.

Enjoy the day and click here to find a Canadian film playing near you today.