Home News See For Me Worth Seeing 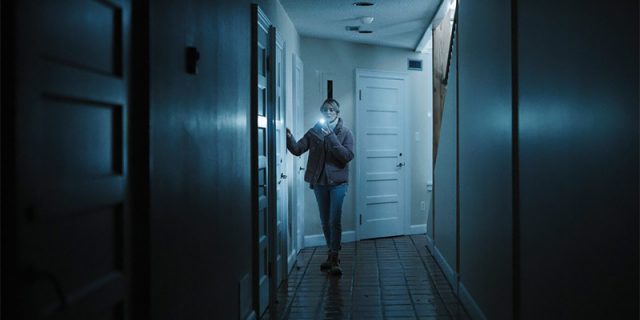 See For Me Worth Seeing
Review by Thom Ernst – Film Correspondent

(January 2, 2022 – Toronto, ON) It’s possible that Randall Okita’s latest film, See for Me, could set his career off on a new trajectory. Until now, Okita has been a prolific director of award-winning shorts. He first came to my notice in 2014, when The Weatherman and the Shadowboxer, a lyrical animated short about two brothers with shared childhood trauma. The film won the 2014 TIFF Short Cuts Award. Other awards for that same film would follow. By the time I saw The Weatherman and the Shadowboxer, I was already seven films behind Okita’s work as a filmmaker.

His first feature Lockpicker arrived in 2016, a bit of a socially-conscious noir about a young thief wary of imposing violence on his friends and family. It would win two CSA’s (Canadian Screen Awards) and the San Diego Asian Film Festival Grand Jury Prize.

To herald See For Me as the arrival of a new artist on the scene is one of those biased (and somewhat lazy) truths that stem from dismissing any work that doesn’t fall in line with a pre-conceived intent of finding a large audience. (Although, arguably, no one makes a film to go unseen). But be careful because the opposite of that is dismissing a movie that does appeal to a larger audience. Ignorance and Arrogance are different sides of the same coin.

That See for Me is damn entertaining—some might say readily accessible—is not slightly against Okita’s artistry as an independent filmmaker. As critic Courtney Small acknowledges in his review of the film in That Shelf, “(Okita’s) patient camera work frequently reveals the various dangers that are literally lurking around the corner and the way he plays with shadows and lighting are superb.” 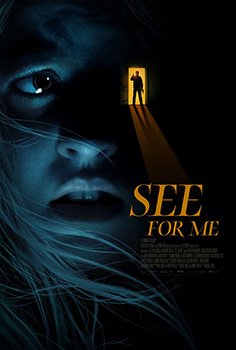 See for Me is not a remake despite similar plot devices, that of a seeing-impaired woman navigating an obstacle course of seeing-advantage villains. Film enthusiasts are sure to draw a line between Okita’s film and the 1967 Wait Until Dark featuring Audrey Hepburn and Alan Arkin. Those who boast of being from a more recent vintage might be inclined to look towards Don’t Breathe or Hush as being the film’s closest relative. But there are distinct storylines screenwriters Adam Yorke and Tommy Gushue take that push the narrative down decidedly unique paths. And those paths are taken by its main character, Sophie, played by American actor Skylar Davenport. As the liner notes choose to tell us, Davenport is part of the seeing-impaired community and lives on the spectrum. The success of Davenport’s performance does not, in any obvious way, seem informed by either life difference, but as a step towards affirmative casting, it’s a significant achievement.

Canadian actor Kim Coates steps in with a polite sinister-ism to cast a chill through the film’s third act. Jessica Parker Kennedy, also Canadian, plays Kelly, the no-bullshit eyes-from-a-distance, who guides Sophie through an app called—you guessed it—See for Me.

See For Me is available to stream through Prime. Watch the trailer and learn more about the cast and crew of See For Me.

Making Queen of the Morning Calm