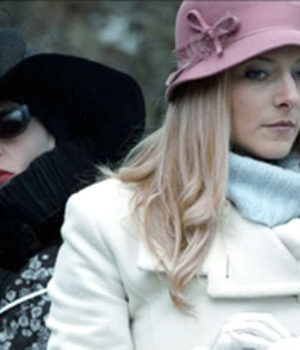 (April 22, 2015 – Toronto, ON) There seems to be more film festival in Toronto in any given year than there are across the entire country in that same time frame. An exaggeration of course, but Toronto boasts all kinds of film festivals in all sorts of languages, including silent, and in all sorts of sizes ranging from International to local and from lengthy to over in a day or two. One of the shorter film festivals is the Lakeshorts, now in its 5th year.

Co-founded by actress Michelle Nolden (Saving Hope, Nikita, Republic of Doyle) and film and television producer Chris Szarka (Rent-A-Goalie, The Rawside of…), on Friday, May 1st Lakeshorts will present the Scotiabank Loved and Local screening, featuring emerging and local filmmakers as well as selected award winners chosen by a distinguished jury, which has programmed two evenings of screenings to include short films from around the world.

Hosted by film critic Richard Crouse, the Gala Performance on Saturday will feature a dynamic program of films by filmmakers from Canada and around the world, including the festival award winners. Lakeshorts acknowledges outstanding achievement through awards donated by local sponsors, including Agency 71, The Assembly Hall, City of Toronto, Deluxe, William F. White, Scotiabank and Steam Whistle Brewery.

One of those winners is Serpent`s Lullaby, which has won the Scotiabank Prize for Most Original Film at the fifth annual Lakeshorts International Film Festival. Written by Charles Hall, the 22-minute film is directed by Patricia Chica.

Click here for a link to the Lakeshorts Film Festival and other film festivals in Toronto and Canada and elsewhere happening in May.