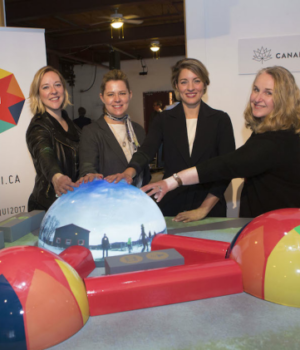 (April 21, 2016 – Toronto, ON) It has been announced that SESQUI, a once-in-a-generation experience and an official Canada 150 Signature Initiative, will resume principal photography in May on a project titled Horizon, a 360° cinematic journey across Canada that will be one of the programming highlights.

Next year is Canada’s 150th anniversary of Confederation or sesquicentennial to be a little more formal. Horizon will be a visual feat capturing the spectacular landscapes, people and freedoms that make Canada home and symbolizing the possibilities that lie ahead. Approximately 20 minutes in length, the 360° film will be projected in a 50-foot hemispherical screen as part of the full, one hour experience in SESQUI’s immersive mobile dome village. A maquette of the structure is shown above when it was unveiled last month to The Honourable Mélanie Joly, Minister of Canadian Heritage.

In order to overcome some of the challenges that come along with shooting a 360° film that will be screened within a mobile dome, the team at SESQUI has used innovative equipment design and techniques to bring Horizon to life. These innovations include:

Shooting will continue throughout Canada and well into the summer with Director Drew Lightfoot and his crew capturing everything from the tulip fields of Prince Edward Island to salmon runs in the rivers and streams of Tofino, BC to parkour-ing around Montréal. 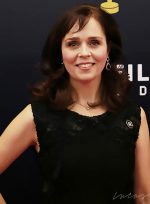 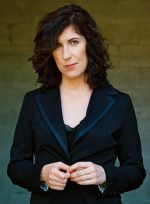