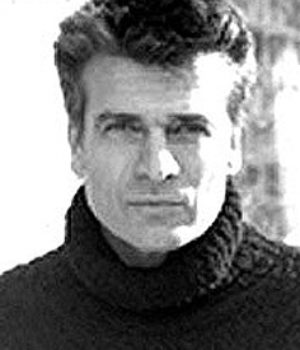 Stephen Shellen should have started out in life as Stephen Schellenberg. His father was John Schellenberg who fought in the Canadian Army during the Second World War. An earlier war had caused the city of Berlin, Ontario, to change its name to Kitchener, and so John, realizing the strong anti-German sentiment in the country after the war, shortened his last name to Shellen.

Shellen grew up in Victoria, British Columbia, and like many young Canadian boys his first love was hockey. But for him it was more of a passion and he was his high school`s star player. Growing up on Canada’s so-called “Wet Coast” with its magnificent rain forests, many people gravitate toward the lumber industry, and Shellen worked for a time as a lumberjack. But all of that changed when he caught the attention of a talent scout in Vancouver. It was a fateful meeting that changed his life virtually overnight.

First he moved to England and became an extremely successful model. Like many male models, Shellen thought he could parlay his good looks and ease in front of an audience into an acting career. From London he moved to Los Angeles where he studied with Peggy Feury, and it wasn’t long after that casting agents were signing him to his first feature film contracts, making his feature debut in the 1982 film Spring Fever.

In the next five years he appeared in a number of made-for-television movies. He also had a strong role in the miniseries Hollywood Wives in 1985, where he was able to rub shoulders with Anthony Hopkins, Candice Bergen and Robert Stack. Two years later he was a regular on the series Cameo by Night. But the big screen was never far from Shellen’s mind, and the late 1980s brought a string of impressive roles in movies like Modern Girls in 1986, The Stepfather in 1987 and Casual Sex with Lea Thompson and Victoria Jackson. His career path was growing in all the right directions. He was not only working on better and better projects, but his talent as an actor was being stretched to handle better and better roles. He appeared in the made-for-television movie that was the pilot for the series Murder One. Although Shellen didn’t end up in that series, he returned to Canada in the early 1990s to take a lead role on the Nikita-esque USA Networks series Counterstrike with Christopher Plummer and Simon MacCorkindale, in which he played Luke Brenner, part of a team of three operatives who fought terrorism around the globe.

Back in the U.S., Shellen starred in April One, a film about a hostage crisis for which he won critical raves. He also made an appearance as the cocky actor brother of Craig Sheffer’s love interest in the Academy Award-winning A River Runs through It. His scenes with Susan Trawley were referred to by Newsweek magazine as the funniest sequence in the movie. His career continued to blend big-budget, box-office winners like The Bodyguard with Kevin Costner and Whitney Houston, and small but critically acclaimed independent films such as Rude, which was named the Best Canadian Feature Film at the 1995 Toronto International Film Festival, as well as receiving eight Genie Award nominations. In 1997, he was invited to Toronto to shoot what he thought would be a one-time appearance on La Femme Nikita, playing a dedicated police detective who stumbles into more than he bargained for in pursuit of a serial killer. However, he was a hit with the show’s fans, and so LFN made the decision to bring him back in a recurring role for the series’ fifth and final season. Moving comfortably between small screen and big screen, Shellen was also cast to be in the hit Nicholas Cage/Angelina Jolie film Gone in 60 Seconds.

A few years ago when he was passing through Toronto, Shellen dropped into the Northernstars.ca office and shared a short movie he had directed. If he continues to work with the passion he has shown for everything else in his life, the future Stephen Shellen just may add the role of director to a long and impressive list of accomplishments.

This biography is protected by Copyright © 2005 by Northernstars.ca and may not be reproduced without prior written consent. For more information about copyright, click here.