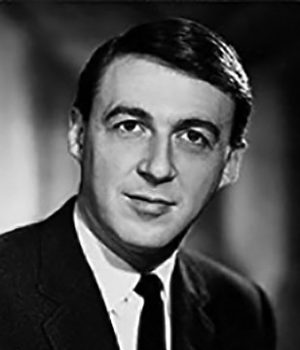 (October 26, 2021 – Toronto, ON) I have to begin this with an apology to the friends, family and associates of the Canadian-born director Silvio Narizzano, particularly his assistant at one point, a Mr. José Romero. I would apologize to Mr. Narizzano himself but he died in 2011.

While the Northernstars archives are not vast, they are a bit complicated. Much of that complication is due to the fact this website grew out of an idea for a documentary series by my production company. We moved our offices four times and somewhere in there a small stack of correspondence ended up in the wrong folder. Those few letters were rediscovered this past weekend. In particular was a letter, written in 2007, from Mr. Romero and attached to it was a note, just two long paragraphs written by Silvio Narizzano and addressed to Screenarts, my production company, and Northernstars, typed correctly as one word. In the covering letter, Mr. Romero stated that at one point he asked Narizzano if he had heard back from us:

What follows are the gently edited words of Silvio Narizzano, published here for the first time:

It’s Christmas Boxing Day here in London, UK – a time of reflection what with that New Year 2007 frisking but a few days away. I had only recently made email contact with Fil Fraser (Order of Canada), my friend and film producer in Edmonton who gave me the opportunity to direct Why Shoot the Teacher from the novel by Max Braithwaite (Winnipeg Press). He claims it’s the 2nd most financially successful Cdn film ever. Hmmmm, says I, I guess that’s OK…Why Shoot the Teacher got little release in the U.S. Why? Too good and too Canadian. So, no one picked it up for decent distribution. But it played in 42 countries, a hit in Israel and Cold War Russia. And evidently with Prime Minister (Pierre) Trudeau who showed it to foreign diplomats after dinner. That was nice, says I. I wonder if Barbara Streisand saw it?

Then I thought about my friend Ted Kotcheff who started life at CBC-TV with me in 1950 as my floor manager. Duddy Kravitz must have been the 1st most financially successful film ever. Duddy is all over the place. And so is my friend Mordecai Richler who partially based one of his novels on me. (I recall) that feature film I made in 1948 with Jan Rubik (sic) as a New Cdn. And with Lorne Greene by the National Film Board about the Stratford Theatre. And all those CBC-TV General Motors Theatre—live with Austin Willis selling the shiny cars at the breaks. And I did do Georgy Girl (1967) with 5 Oscar Nominations and the Directors Guild of America nominating me best director. OK, so Robert Redford won.

It is impossible to express my deep regret that we have only come upon this original letter now, 10 years after Silvio Narizzano died at age 84. To have interviewed him, if only by email, and to have had far more first hand information about his career is a missed opportunity of an entirely different magnitude than mere regret. Again, I apologize to his friends, family and associates and to his assistant, José Romero.