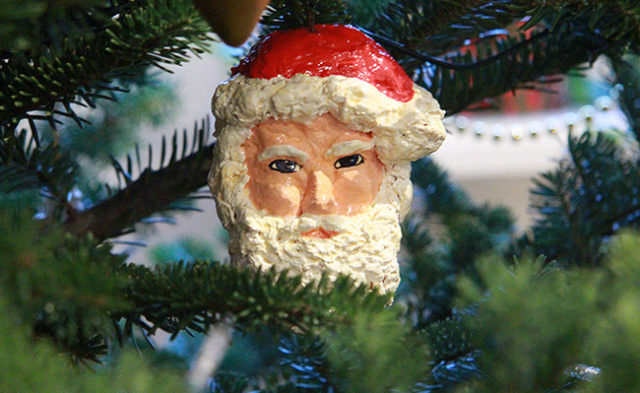 (December 21, 2017 – Toronto, ON) – Americans write pop songs and make movies for every holiday in the year; Canadians not so much. Example? It might be titled Black Christmas, but it’s actually more of a Halloween film. However, it does offer one surprising gem from the same American-born director of that film, Bob Clark. Adapted from the works of American humourist Jean Shepherd, A Christmas Story is a grouping of vignettes about family life and small-town America in the mid-1940s tied together with a rather flimsy plot device. All nine-year-old Ralphie (Peter Billingsley) wants for Christmas is a Red Ryder BB gun, but his mother and teachers, even Santa, seem to be conspiring against him.

This Norman Rockwell-like portrait of Middle America has become a staple of holiday television viewing – rivalling It’s a Wonderful Life for repeat showings. Generally thought to be an American film, only the exterior of the family house was shot in Cleveland, Ohio. The rest of the film was shot on location in St. Catherines, Ontario, and the old

Magder Studio in Toronto. The house in Cleveland has now become a tourist attraction over the holidays, as fans of the film gather to visit.

In Phillip Borsos’s One Magic Christmas, made for Disney, Mary Steenburgen plays a dispirited mother – her unemployed husband is killed in a bank robbery; her children kidnapped and nearly drowned – whose renewed belief in Christmas is helped along by the appearance of a slightly menacing but kindly angel (Harry Dean Stanton). After she mails a letter to Santa asking for help, her husband miraculously returns and the whole town unites to sing Christmas carols. What we have here is a movie with an intelligent screenplay, wonderful performances, especially by Steenburgen, and skilful direction, but parents of little children should be warned this one contains death and drowning before a visit to Santa Claus puts things right at the end.

Blizzard rises above the ordinary family Christmas film with a solid script, a good cast and seamless special effects. Young Katie (Zoe Warner) longs for a pair of figure skates that will allow her to compete for a spot in an annual skating competition. Her family is poor, but it turns out that she has an ally in Blizzard, one of Santa’s more unusual reindeer. Born with the gift of empathic navigation and the ability to become invisible, Blizzard (voiced by Whoopi Goldberg) helps Katie realize her dream. At the North Pole, a rather lean Santa is played by Christopher Plummer. Rick Groen in his Globe review called it “a solid bundle of modest charm.” Directed by American actor LaVar Burton, “Geordi” to fans of Star Trek: The Next Generation.

The Christmas Martian is a delightful children’s film from the pen of Roch Carrier, one of Quebec’s most popular authors, who also wrote The Sweater. A friendly Martian (Marcel Sabourin) lands in Quebec’s northern woods atChristmastime and is found, lost and cold, by two children who take care of him. He has a magic wand that allowshim to fly and he wears a pointy hat that blows bubbles into the air. The local adults, however, find little Yuletide joy in this extraterrestrial visitor and a merry chase commences. Eventually he is chased out of the village and makes his way back home in his twinkling red spacecraft. The low budget and tacky special effects do not diminish the film’s charm. Made in 1971, in 1984 producer Rock Demers purchased the rights to the film and it is available as part of his Tales of All franchise.

If your taste in Christmas viewing runs in the direction of Billy Bob Thorton’s foul-mouthed Bad Santa, then Cooper’s Camera is for you. Now retitled Cooper’s Christmas, the feature stars The Daily Show with Jon Stewart regulars Jason Jones and Samantha Bee (in real life a married couple). It’s a crude, lewd and sometimes very funny low-budget comedy about a family gathering that goes horribly wrong. Set in 1985, the film is primarily told through the eyes of Teddy (Dylan Everett), the youngest Cooper son, 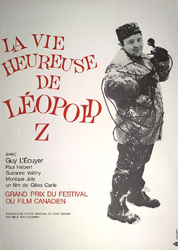 through the family’s new Christmas present, a second hand VHS camcorder. Over the course of Christmas Day, the seriously dysfunctional family’s Christmas disintegrates into chaos as a host of spiteful, ill-mannered relatives come and go. Dave Foley makes an appearance in full-frontal nudity and comic veterans Jayne Eastwood and Peter Keleghan add to the mayhem.

Gilles Carle’s absolutely charming but seldom seem La Vie heureuse de Léopold Z. is set on Christmas Eve in Montreal. Snowplough driver Léopold Z. Tremblay (Guy L’Ecuyer) is busy clearing the streets after a heavy snowfall. But there’s more in store on this day for this simple, amiable man. He must also find time to take out a loan, buy his wife a fur coat, take his son to choir practice, meet his cousin at the station and watch her rehearse her nightclub act, all while evading detection by his boss. In this whimsical tale, the viewer follows Léopold on his adventurous day as everything falls neatly into place with warmth and good-natured humour. The film provides beautiful black-and-while contemporary footage of the streets of Montreal in the mid-1960s.

Chris Tucker to be Honoured