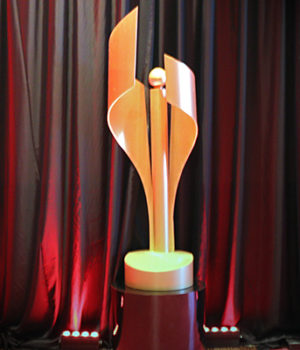 “Each of these outstanding Academy Special Award winners has made innovative and stellar contributions to our Canadian screen-based industries,” said Academy Chair Martin Katz. “We are extremely proud to celebrate them and their ongoing achievements at the 2016 Canadian Screen Awards.”

Following is more detail on the award and on each of the winners as supplied by the Academy:

Ivan Fecan has been in the media industry over 40 years. Beginning at CBC Radio, he produced Quirks and Quarks, then went to Citytv, co-creating CityPulse News. In the 80’s, legendary NBC programmer Brandon Tartikoff recruited Ivan as VP Creative Affairs where he was the executive on such shows as SNL. Returning to Canada as Director of CBC TV Programming, then VP of English Television, he greenlit such programs as Kids in the Hall, Degrassi Junior High, Codco, This Hour has 22 Minutes, Air Farce, Road to Avonlea, Love and Hate, The Boys of St Vincent . In the 90’s, he became CEO of Baton Broadcasting (renamed CTVglobemedia). He acquired CTV, launched Sportsnet and the Comedy Network among others, bought TSN/RDS, Discovery, CP24, MuchMusic, Bravo, E!, and Space, won the rights for the Vancouver Olympics, overseeing the broadcasts. He greenlit Corner Gas, Flashpoint, Canadian Idol. Under his watch, CTV dominated the top 20. Currently Ivan is Executive Chair of Thunderbird Films, which is comprised of multiple production and distribution companies. Ivan, with his wife Sandra, are philanthropists who believe in giving back to the arts, making major gifts to York University’s Faculty of Fine Arts, the National Ballet, the AGO, the National Ballet School, and the Soulpepper Theatre Company, among others.

Ana Serrano is the Chief Digital Officer of the Canadian Film Centre and Founder of CFC Media Lab, the world-renowned and award-winning institute for interactive storytelling created in 1997. Serrano is driving the digital transformation of the CFC into a unique blend of talent, product and company accelerator and creative production house. Most recently, she launched Canada’s first digital entertainment accelerator IDEABOOST with founding partners Shaw Media and Corus Entertainment. To date, Ana has directed the development of over 130 digital media projects, mentored over 50 start-ups, and has received numerous awards from the digital media, film, and theatre industries in both Canada and the U.S., including a DigiAward for Visionary of the Year, a Best Canadian Feature Film Award from the International Reel Asian Film Festival for her own transmedia production Prison Dancer: the Musical, and a Jim Blackaby Ingenuity Award for Body/Mind/Change.

“There’s a persistent idea that Canadians aren’t interested in their own stories,” Mark Starowicz once said. “I’ve made a living proving that isn’t true.” The ultimate expression of Starowicz’s passion for Canadian history and culture is the 30 hour CBC documentary series Canada: A People’s History (2000-01), which he created and executive produced. It attracted over 14 million viewers and won three Gemini Awards. Mark Starowicz was raised in Montreal and graduated from McGill University with a Bachelor of Arts in History. He began his career in newspaper journalism, then joined CBC Radio in 1970, where he received particular acclaim for his reworking of As It Happens and his creation of Sunday Morning , a three-hour weekend review. In 1979, he joined CBC Television, where he was the architect and executive producer of the hugely successful current affairs and documentary program The Journal (1982-92). As Executive Producer of CBC’s Documentary Production Unit and later executive director of documentary programming, he oversaw The Greatest Canadian (2004), Hockey: A People’s History (2006), 8th Fire (2012), and a decade of acclaimed independent productions. Starowicz is an Officer of the Order of Canada, and has won the Canadian Journalism Foundation Lifetime Achievement Award, a Governor General’s Performing Arts Award, nine Gemini Awards and one Prix Gémeaux.

Karen Walton is an award-winning screenwriter and creative producer whose credits span an eclectic array of popular, critically-acclaimed and/or ground-breaking film and television works. To film lovers, she’s the sardonic scribe behind the international cult horror classic, Ginger Snaps. In television, she’s been in the earliest writing rooms for game-changing series such as gay culture classic Queer As Folk, and science fiction sensation Orphan Black. A graduate of the Canadian Film Centre’s Film and TV Writing programs, her other credits include the Gemini awarding-winning Mow script for the true rape-culture saga, The Many Trials Of One Jane Doe, biopic Heart: The Marilyn Bell Story and six other original drama series, Flashpoint, The Eleventh Hour, and The Listener among them. Her unique voice and dedication to social change through innovative content has won Karen a Canadian Comedy Award, a special jury citation from the Toronto International Film Festival, Canadian Screen Awards for Best Dramatic Series, and the Writers Guild of Canada’s Writers Block Award for outstanding contribution to the national screenwriting community. Born in Nova Scotia, 2016 marks Karen’s 22nd year living and writing in Toronto.

This Hour Has 22 Minutes is an acclaimed, provocative Canadian satirical sketch/variety show that skewers politics, culture and world events. No story is off limits, and no personality too big for dynamic cast members Mark Critch, Cathy Jones, Shaun Majumder and Susan Kent to tackle. Politicians and celebrities frequently make guest appearances, some willingly … some not. Produced by DHX Media, 22 Minutes is currently in its 23rd season on CBC, and continues to be one of Canada’s best-known and top-rated comedy shows.

PAL Canada Foundation is a national charitable organization whose mandate is to create and encourage programs and services for senior and disadvantaged members and associates of Canada’s professional artists’ community, in the areas of affordable accommodation and overall well-being.

PAL Canada Foundation supports 8 individual PAL chapters across the country, including: Halifax, Ottawa, Toronto, Stratford, Winnipeg, Edmonton, Calgary, and Vancouver. Each PAL chapter has its own unique requirements, which are defined by the needs of their local community. Depending on the chapter, the focus may be to provide and sustain quality affordable housing for seniors and/or challenged individuals within their professional and performing arts community. Alternatively, some chapters may not require accommodations, but do need support for their members. This support typically takes the form of a volunteer-driven team known as “Supporting Cast”, a group of volunteers who offer personal assistance to PAL members so that they can continue to lead independent lives in their own homes. These services may include assistance in dealing with community agencies and health care providers, rides to medical appointments or running errands. Supporting Cast also offers companionship and checks in with members who are on their own. Some chapters also organize group activities.

These Academy Special Awards, as well as additional ones to be announced in the coming weeks, will be presented during 2016 Canadian Screen Week (March 7 – March 13, 2016).

Schitt’s Creek Wraps By the Numbers