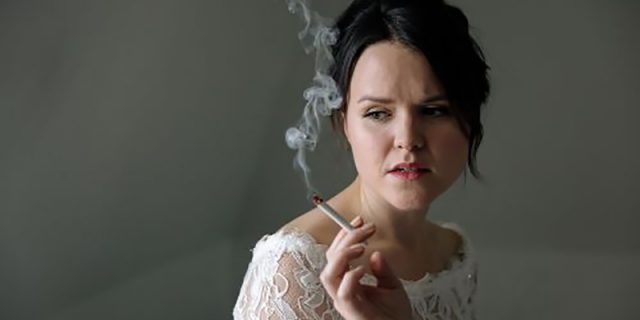 SJIWFF to Open with Little Orphans
by Staff”

(September 15, 2020 – Toronto, ON) The St. John’s International Women’s Film Festival has announced its opening and closing gala films. It has also announced that this edition, the festival’s 31st, will be (almost) all digital during its run from October 14 to 18.

The ExxonMobil Opening Night feature, Little Orphans, is a film that’s creating some buzz in Canada. It is one of 14 films on the The Directors Guild of Canada list in the running for the 2020 DGC Discovery Award. This list highlights the top new emerging directors to watch for during this festival season. Written by and costarring Emily Bridger, Little Orphans is directed by Ruth Lawrence. The film is about unresolved fallout on important things relationships, family abandonment and secrets of the self. And it’s set against a backdrop of a St. John’s winter. Click here to watch the trailer and learn more about the film.

While the festival is headed online, there will be a special in-person event for Little Orphans on Saturday, October 17 at Cineplex Mount Pearl Square. The festival will announce details of that soon.

The St. John’s International Women’s Film Festival runs from October 14 to 18. Look for a link on our October 2020 Film Festivals page.