John N. Smith completed a BA in political philosophy at McGill University in Montreal in 1964. He worked as a stevedore, tobacco picker, construction worker and taxi driver before joining the CBC as a researcher in 1968. Within a year, he was producing the prime-time public affairs program The Way It Is, then moved to the private sector to produce the critically acclaimed series The Fabulous Sixties and Here Come the Seventies, and won an Emmy Award for the series 51st State, produced for the New York public television station WNET.

Upon joining the National Film Board in 1972, Smith`s first project was Filmglish, a series of offbeat and amusing films for teaching English as a second language. Interested in exploring the emotional undercurrents that people experience when faced with trauma, Smith decided to try his hand at fiction. In 1976, he directed Bargain Basement, a dramatic short that won three awards. This was followed by his most personally satisfying film, Happiness Is Loving Your Teacher, and the Genie Award-winning Revolution`s Orphans. His dramatic short First Winter was nominated for an Oscar in 1981. His fascination with the performing arts and the challenge of capturing movement on film led to a change of direction resulting in the production of three films on theatre and dance: Acting Class, For the Love of Dance in 1981 and Gala in 1982. These last two films won the New York Dance Film Festival grand prize in 1982 and 1983.

Smith is one of the early directors of an IMAX film. River Journey (Au fil de l’eau) is a gripping tour of Canada’s waterways and was the hit of the 1984 New Orleans World Fair. Smith’s attention then returned to dance. In First Stop, China, he recorded Les Grand Ballets Canadiens’ triumphal Far East tour in 1984. 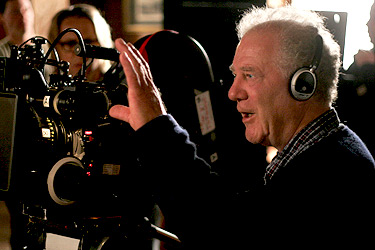 Starting in 1986, Smith co-wrote and directed Sitting in Limbo and then Train of Dreams a year later. Both films dealt with childhood and adolescence.

After chronicling the illegal landing of a boatload of refugees in 1989`s Welcome to Canada, he turned again to the subject of children and adolescents in the startling two-part drama for television The Boys of St. Vincent. Written by Des Walsh, the story focused on the residents of a Catholic orphanage in the 1970s and their desperate struggle to escape physical and sexual abuse from the priests in whose care they had been entrusted. Although the film provoked a storm of public controversy, it won eight awards and was one of the biggest hits in the history the NFB. Its first national telecast on the CBC in 1993 drew five million viewers. A year later it was released on the home video market in Australia and New Zealand and broadcast on their national commercial television networks. Several American magazines rated it one of the top 10 films of 1994. It won numerous international awards including a Peabody Award, seven Gemini Awards including Best Dramatic Mini-series and Best Director, two gold medals and two bronze medals at the New York Festival of Broadcasting as well as awards in Italy, France and Germany.

Pursuing his interest in troubled adolescents, John N. Smith next directed Dangerous Minds, a Hollywood feature starring Michelle Pfeiffer. He then went back to television and directed the mini-series Random Passage, co-produced with Ireland. Random Passage went on to win two Gemini Awards


His 2004 feature, Geraldine’s Fortune, has had a number of different titles. It has been listed as Piggy Bank Blues and as Tough Luck. It actually began life as a stage play titled Les Belles Soeurs by the renowned writer Michel Trembley.It was producer Lorraine Richard who phoned Smith and asked if he would be interested in the story. While a great piece of theatre, there was a lot of work to do to turn it into a film. In the play. all the action takes place in one room and is about a small group of women. To create a film with wider appeal, the story had to be opened up and whole newcharacters created. For example, the men in the lives of the central characters had to be invented and all of their dialogue created with nothing in the play to help guide the film version. And instead of one room, the action was shifted to the tough, working class city of Saint John, New Brunswick.

Other credits include the 2006 mini-series Prairie Giant: The Tommy Douglas Story, which received nine Gemini Award nominations, and the 2008 mini-series, The Englishman’s Boy (2008), adapted by Guy Vanderhaeghe from his Governor General Award-winning novel. It was nominated for twelve 2008 Gemini Awards including Best Mini-series and Best Direction.

His 2009 feature film, Love and Savagery was Smith’s third project involving Newfoundland writer, poet and screenwriter Des Walsh. The film stars Allan Hawco in his pre-Republic of Doyle years. It’s a story of passion, fate, and the consequences of the two. Set in 1968, Newfoundland geologist and poet, Michael McCarthy (Hawco), travels to Ballyvaughan, Ireland to examine a geological wonder known as the “Burren.” There he meets Cathleen, a beautiful woman who captures his heart, but because of the path she chose when she was young she cannot allow him to capture hers. In 2009 Smith talked to Northernstars.ca about the making of Love and Savagery.

After being a stevedore, tobacco picker, construction worker and taxi driver, fans of the director would have to agree that making movies is the one thing John N. Smith does best.

This biography is Copyright © 2009 by Northernstars.ca and may not be reproduced without prior written permission. For more information about copyright, click here.