(July 24, 2017 – Toronto, ON) Canadian actors JR Bourne and Devon Sawa costar in a new US shot-in-Vancouver series, debuting tonight on Global in Canada. Titled Somewhere Between, the series stars Paula Patton (pictured), as a famous news producer named Laura Price. Laura is convinced that her daughter Serena (Aria Birch) is going to be murdered. Although she has no idea who the killer will be or why her daughter is being targeted, she does know when, where and how it will happen. Armed with that information, she desperately dedicates her time to keeping her daughter safe. But her attempts to keep her daughter safe fail, and Serena’s fixed, unmovable, terrifying fate keeps her directly in the path of her killer. 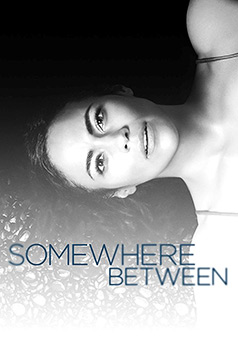 Somewhere Between is billed as a thriller-drama series “with a supernatural twist.” Instead of going through a pilot phase, ABC decided to go straight-to-series with 10-episodes. The series is written by Stephen Tolkin, known for Brother’s & Sisters which aired on ABC from 2006 to 2011. Vancouver’s Thunderbird Studios is the production company for the ABC/Global series. Thunderbird’s other scripted series credits include The Man in the High Castle, Continuum and Kim’s Convenience. Season one of Somewhere Between was shot in Vancouver and other British Columbia locations earlier this year.