Robin Spry didn’t start out to be a filmmaker. He was a graduate of Oxford and the London School of Economics and that`s where he first became interested in film. The son of CBC co-founder Graham Spry, he made several short dramatic films before returning to Canada, specifically Montreal and became a pioneer of the emerging English-Canadian film scene of the late 1960s.

He began his film career at the National Film Board in 1964 and was hired as a full time employee one year later. Often described as one of the most important documentary filmmakers at the NFB, his early films touched on such subjects as abortion and youth rebellion and he is most often remembered for his work focusing on the politics of power, specifically the series of films starting with 1969’s Prologue — which won the Robert Flaherty Documentary Award at BAFTA in 1970 — through 1978’s Drying Up The Streets. This period includes what is 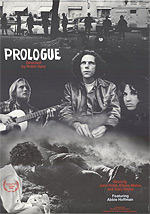 In 1977 he directed One Man, then left the Board and formed his own company, Telescene Film Group, producing more commercial and less interesting work in both film and television. Telescene went brankrupt and ceased operations in 2001.

Spry won numerous Canadian cinema and television awards, including 10 Genie Awards and three Gemini Awards. Later, in a career that spanned five decades, he turned to producing movies and made-for-television movies, mini-series and TV programs. He produced the movies The Myth of the Male Orgasm in 1993, and Student Seduction in 2003 to name just two from a long list. His television credits include the series The Lost World, Student Bodies, and the award-winning 1995 mini-series Hiroshima which told the story of how the first atomic bomb was developed.

Robin Spry died after his car hit a retaining wall on a street in Montréal.

This biography is Copyright © 2005 by Ralph Lucas and may not be reproduced without written permission. Click here for more information about copyright.