Home News Stars on the Rainbow Carpet at Inside Out 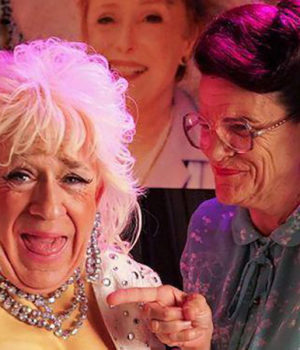 (May 24, 2017 – Toronto, ON) One of the great things about film festivals, in addition to the movies, is a chance to see and often talk to or ask questions of the stars that show up to support their films. The Inside Out Toronto LGBT Film Festival is no different and today they announced a long list of special stars who will be in Toronto starting this Friday when the festival launches its 27th edition.

Following, in alphabetical order by film title, is the list of guests expected at The Inside Out Toronto LGBT Film Festival:

I WANT TO KILL MYSELF: Vivek Shraya (director)

MEET ME UNDER THE CLOCK: Sonya Reynolds (director)

THE MESS HE MADE: Matthew Puccini (writer/director)

OLDER THAN WHAT?: Steen Starr (director)

THE STREETS ARE OURS: TWO LIVES CROSS IN KARACHI: Fawzia Mirza (actor)

WHAT ABOUT SHELLEY: Kyle Reaume (director)

This year, Inside Out will be introducing expanded industry programming which will include the inaugural edition of the Inside Out Film Finance Forum as well as panels on topics such as Trans Representation in Media moderated by activist Tiq Milan with actress Jen Richards and filmmaker/writer Chase Joynt as well as the Queer Sights and Queer Sounds panel with award-winning singer-songwriter T. Thomason and the multi-talented creator of That’s My DJ, D.W. Waterson participating in the discussion.

Click here for more information and to purchase tickets to the Inside Out film festival and other May 2017 film festivals.