Home News The Stars Come Out for the CSAs 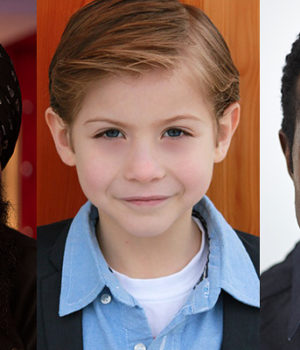 (February 17, 2016 – Toronto, ON) The Canadian Screen Awards broadcast gala is less than a month away and the Academy of Canadian Cinema & Television has started to hint at just how star-studded this event is going to be. The first group of presenters range from one of Canada’s newest, youngest actors, Jacob Tremblay (co-star of Room), to one of the most honoured venerable gentleman of stage and screen, Christopher Plummer. Others in this fist announcement include (in alphabetical order): Indian-American actor Waris Ahluwalia (Beeba Boys, The Grand Budapest Hotel), Lyriq Bent (The Book of Negroes, Shoot the Messenger), Wendy Crewson (Saving Hope, Room), Kristin Lehman (Motive, The Sentinel), and director Helen Shaver (Vikings, Orphan Black).

This year’s gala will be hosted by Comedian Norm Macdonald at the Sony Centre for the Performing Arts in Toronto and broadcast on CBC-TV at 8pm (9 AT | 9:30 NT) Sunday, March 13, 2016. Additional Presenters will be announced in the coming weeks.