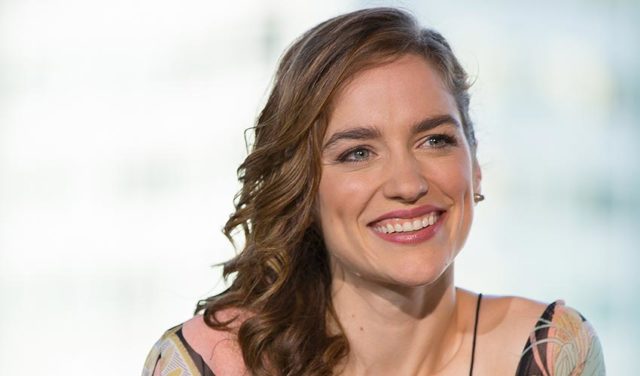 (September 13, 2017 – Calgary, AB) The Calgary International Film Festival, this year using the term CalgaryFilm, has announced that at least 40 of the films screening at the festival will be accompanied by filmmakers.

“Our festival offers more than just the opportunity to see films before they are widely released, it’s also the chance to interact with filmmakers themselves,” said Steve Schroeder, Executive Director of the
festival. “Getting to actually meet and talk with the fascinating artists whomake these films is a true hallmark of the film festival experience.”

Question and answer sessions during special events will be packed with high-profile talent, including
actors Chris Heyerdahl (Tin Star), Jason Jones (In Conversation with Jason Jones) and Melanie Scrofano (pictured above – Showcase Alberta: Up Close and Interactive with Wynonna Earp). Calgary screenwriter Jason Filiatrault show up to support his film, Entanglement, while Calgary Producer Jason Long is attending with his film, Ice Blue.

Other guests who have committed to the festival include directors from as far away as India (Alankrita Shrivastava, Lipstick Under My Burka) and Australia (Luke Walker, Pacmen).

FAN OF THE YEAR
The year organizers are introducing a neat, new concept. Called the Fan of the Year award, this contest celebrates the festivalgoer who sees the most films over the 12-day run of the Calgary International Film Festival. The winner will be announced at Awards Party on Sunday, October 1. The prize? A travel voucher from Delta Airlines worth $1,000.00.

Organizers are also turning to local celebs to add a bit of extra fun to the event. For example, ever wondere what Olympian Mark Tewksbury looks for in a film? Or what fashion blogger Katrina Olson plans to see at this year’s festival? A new blog series on the website features the top films high-profile locals are marking in their calendars.

This year’s festival runs from September 20 to October 1. For a link to the Calgary International Film Festival and other September 2017b film festivals, click here.