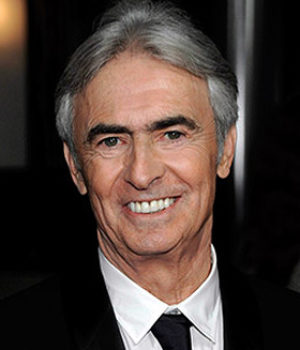 Life for David Steinberg began in Winnipeg, Manitoba. He was the son of a Rumanian rabbi who was, by the rare accounts that exist, both stern and strict. Steinberg, probably as some defense mechanism, developed an ability for lying that truly frustrated his straight-laced father. When he finally left home to study theology in Israel, his father is reputed to have said, “I kiss the train that takes you away.” Whether any of this is true, or not, we do know that he ended up at the University of Chicago where he majored in English literature.

While he was in Chicago, he happened to catch a performance of the legendary comic Lenny Bruce. That almost chance encounter caused Steinberg to rethink his life and his life`s ambition. Any thoughts of a rabbinical career were left far behind. Almost overnight 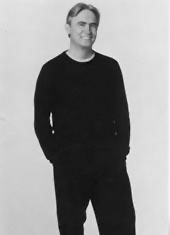 he decided to become a comedian. Oddly, and comedically perfect, one of his funniest characters would be a man of the cloth, as they say. But we’re getting a little ahead of the story.

Following his studies at the University of Chicago, Steinberg was discovered by Paul Sills, one of the cofounders of the Second City comedy troupe, and he joined the company in 1964. Second City, at that time, was the place to be. The groundbreaking improvisational theatre company would help launch the careers of many soon-to-be-famous funny people. People like Mike Nichols, Elaine May, Alan Arkin, the late John Belushi and so many others. David stayed for six years and became a mainstay of the show at the height of its popularity.

It`s not surprising that when he left Chicago his next stop would be New York City and Broadway. Unfortunately, his first foray was really short. In 1967 he appeared in Jules Feiffer`s play Little Murders. The production starred Elliot Gould and closed after just five days. His next attempt at serious theatre didn’t fare much better. In 1968 he costarred a with Cicely Tyson, Lou Gossett Jr. and Diane Ladd in Carry Me Back to Morningside Heights. The play was written by Robert Alan Arthur and directed by Sidney Poitier. It too was a dud and closed after only seven performances.

Following his experience on Broadway, Steinberg returned to the intimacy of the small theatre he had known in Chicago by creating a nightclub act that debuted at the Bitter End in New York. Dan Sullivan, a critic for The New York Times wrote that the show was, “a combination of Lenny Bruce and Woody Allen. Steinberg is the most original comedian in years.”

Unlike most 1960s standup comedians, Steinberg avoided standard one-liners and developed a kind of observational comedy that drew on his religious upbringing and childhood. His newspaper reviews won him a shot on The Smothers Brothers Comedy Hour and his big break came on the night of October 27, 1968. 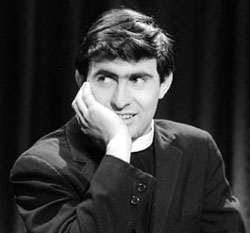 Before an international television audience who had tuned in to see the usually polite, mild-mannered brand of humour usually offered by the Smothers Brothers, he unleashed a then scandalous routine about a sanctimonious minister. Needless to say the show was inundated with angry letters. Naturally, Tom and Dick were delighted with the response and made sure Steinberg was booked on future programs. Another character was the so-called “mad psychiatrist” who made the expression “boogah, boogah” part of the lexicon for a brief time. But it was his controversial sermons, that ultimately caused the cancellation of the what had been one of the best variety shows ever conceived. The impact had little effect on his career. Steinberg hosted ABC`s The Music Scene in 1969. And, four short years after he had made his first Smothers Brothers appearance, the kerfuffle over his religious routine had become the stuff of television legend, and he was offered a shot to host his own summer replacement series. Shortly after The David Steinberg Show made its debut in 1972, TV Guide called him “offbeat, racy, outrageous and establishment-baiting – all of which makes him a particular favorite among the young and disenchanted.” Networks back home in Canada started to pay attention, and CTV launched its version The David Steinberg Show in 1976. Later that same year Global Television would launch the first SCTV show, but Joe Flaherty, Dave Thomas, Martin Short, Andrea Martin and John Candy, first appeared with Steinberg.

Starting in the 1980s, Steinberg embarked on perhaps the most successful phase of his career, directing. He debuted with the feature Paternity (1981) and also helmed Going Berserk (1983) with John Candy, Joe Flaherty and Eugene Levy, but his staple has been the sitcom, beginning with an episode of Newhart (CBS) in 1982. Conspicuous during the 1990s as a frequent director of the hits Seinfeld (NBC) and Mad about You (NBC), Steinberg has also directed among others, episodes of The Golden Girls (NBC), Evening Shade (CBS) and Designing Women (CBS), for which he also served as executive producer during its last year (1992-93). Most recently he returned to television and played the imperturbable and impenetrable owner of Big Sound, Gabe Moss. But in the beginning, it was The Tonight Show with Johnny Carson where Steinberg truly made his mark as a comedian. From his first appearance on the show in 1968 to his last appearance during the week of Johnny Carson`s retirement, he regularly satirized the political and social topics of the day, skewering every administration from Nixon and Carter to Reagan and Clinton. He was the youngest person ever to guest host The Tonight Show and appeared on the show more than 130 times, second only to Bob Hope.

As a writer, Steinberg won the Playboy Humor Award for his parody of the novel Ragtime, and won an Emmy Award nomination for the television special This Is Shalom Aleichem. Steinberg`s work as a director on Seinfeld earned him both a Directors Guild and Emmy Award nominations, and his work on Mad about You also won him a nomination for a Directors Guild Award. An accomplished director of more than 300 commercials, Steinberg has won almost every award in advertising, including two Clio Awards and the prestigious Silver Lion Award at the Cannes International Film Festival.

Last time we checked, Steinberg was working on his autobiography. Titled The Ego Has Landed, he is quoted as saying, “It starts with Abraham and Isaac and ends with me and Frankie Valli at the Aladdin in Las Vegas.” If there is a strange kind of comedic justice, let`s hope the book is a hit and that David Steinberg gets to produce, direct and star in the movie of his own life. We’re sure his fans would love it.

This biography is Copyright © 2002 by Ralph Lucas and may not be reproduced without written permission. Click here for more information about copyright.